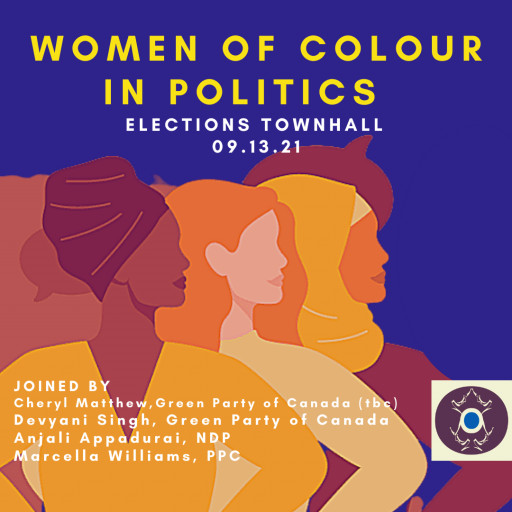 All are welcome to attend the virtual, community event on Monday, Sept. 13, 6 p.m. PDT. 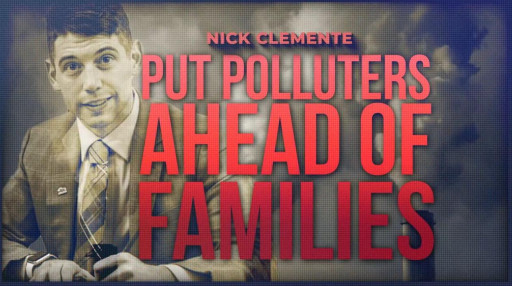 Nick Clemente, candidate for Delegate in Virginia's 10th District, issued a statement today condemning his opponent's campaign tactics regarding his efforts as a consultant to save healthcare benefits for union workers at risk of losing their pensions. 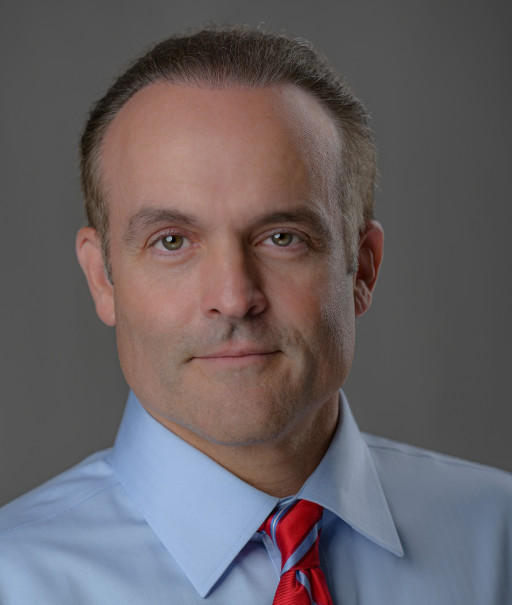 If elected governor of California, Dr. Brandon Ross states his goal of replacing Senator Diane Feinstein with an under-represented female democrat, should Feinstein resign her position. 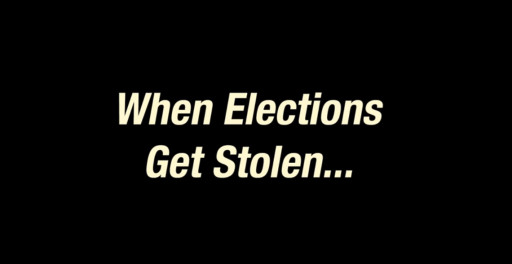 When voter fraud took place and what the people did about it. 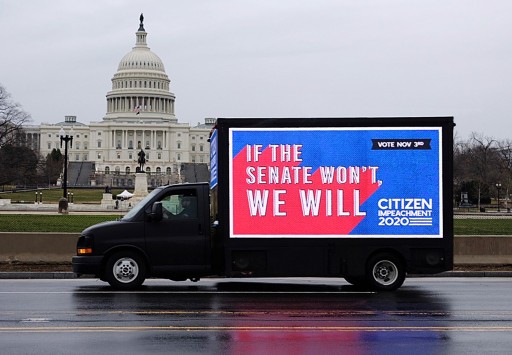 Citizens are invited to submit art, music, film, words and other expressions of creativity, all of which will be showcased in a gallery to inspire others 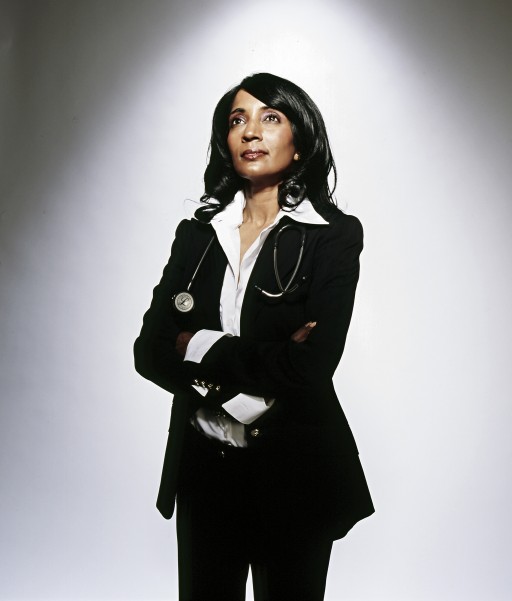 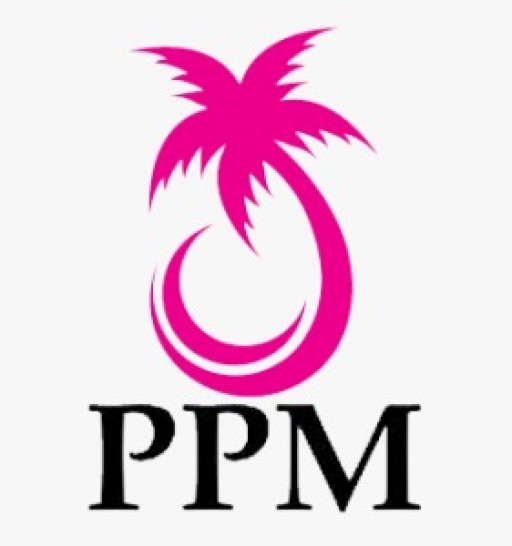 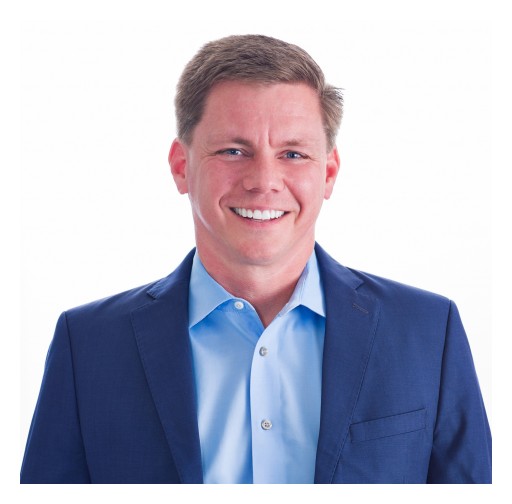 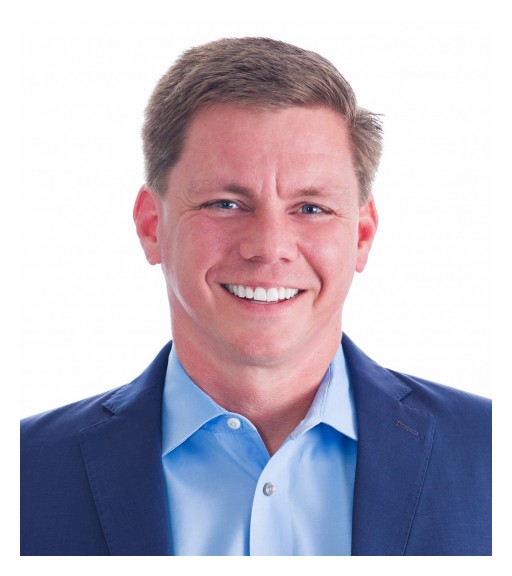 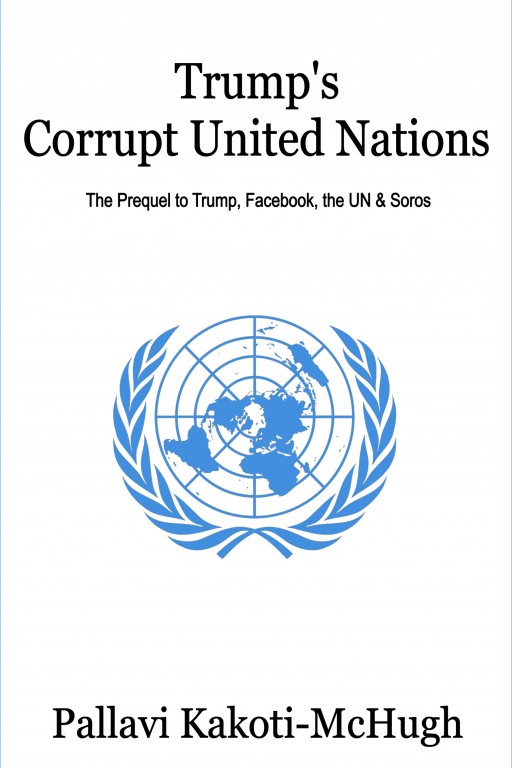 Single Subject Amendment's Bill to Constitutionally Prohibit Use of Riders (Unrelated Provisions) in Congress is Cosponsored by Rep. Mark Meadows 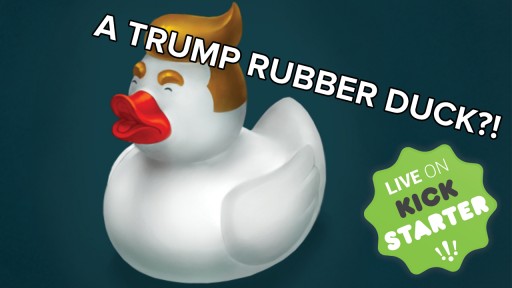 Trump Duck Is Here to Make a Splash! 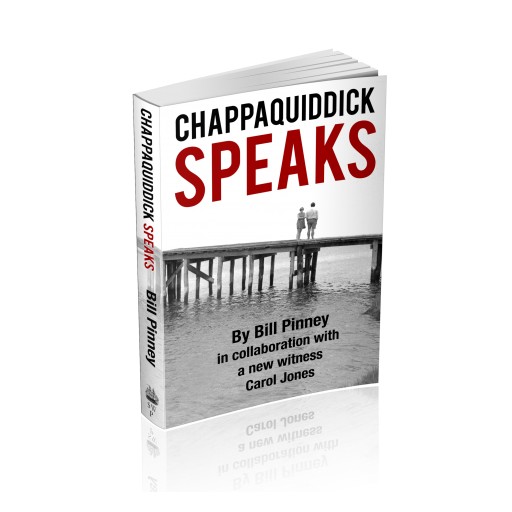 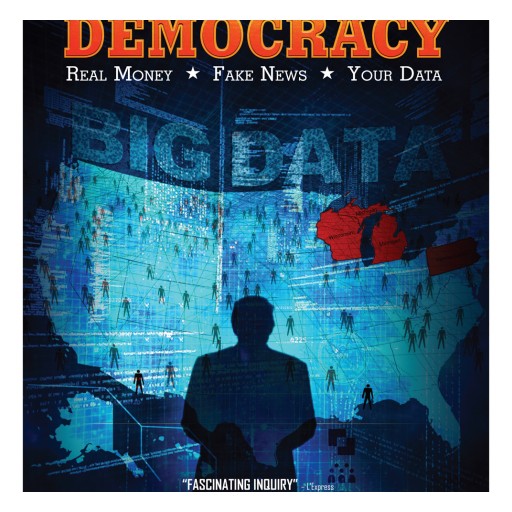 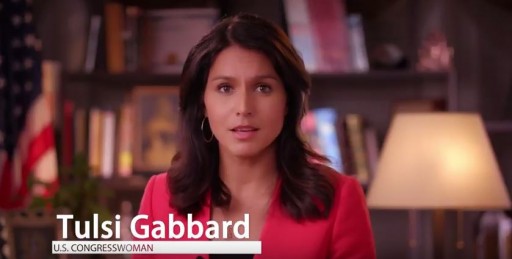 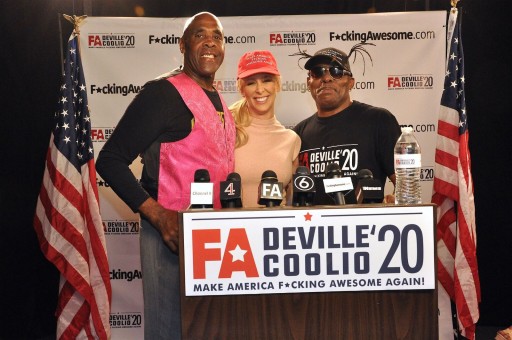 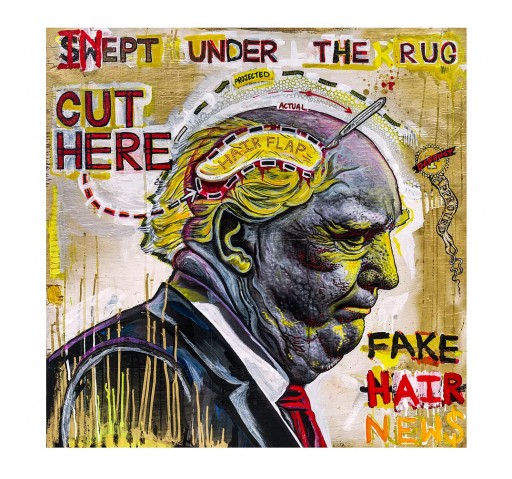 Presidential Portrait or How the Sausage Was Made 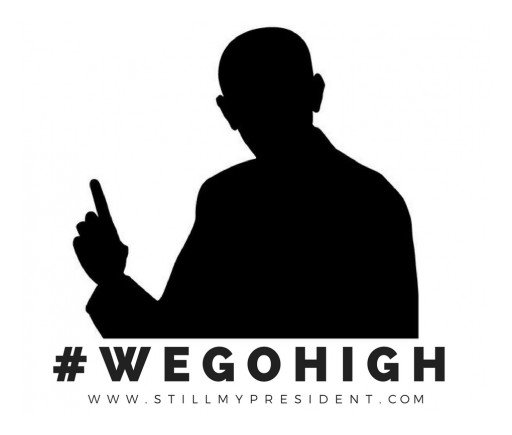 Africans Speak Out Against the Mass Circumcision Campaign 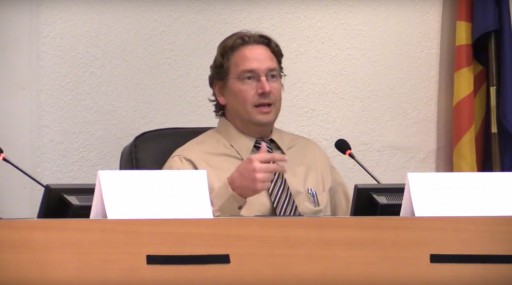 House of Representatives Candidate Promises to Wear Body Camera for Entire Term to Promote Transparency. Could This Be the Future for Politicians? 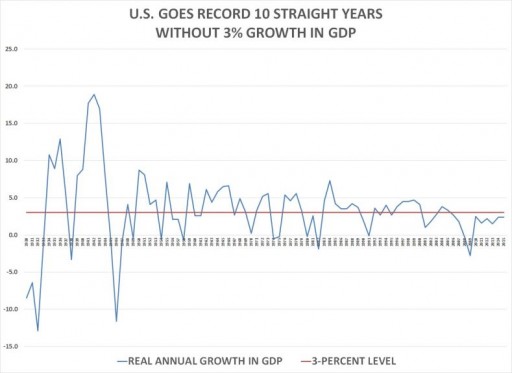 In the 85 years for which the Bureau of Economic Analysis (BEA) has calculated the annual change in real Growth Domestic Product (GDP), there is only one ten-year stretch—2006 through 2015—when the annual growth in real GDP never hit 3 percent. This is during Debbie Wasserman Schultz' representation of District 23 in the U.S. House of Representatives. Bright Star Pac investigates the GDP, unemployment rate, and labor participation rate numbers. 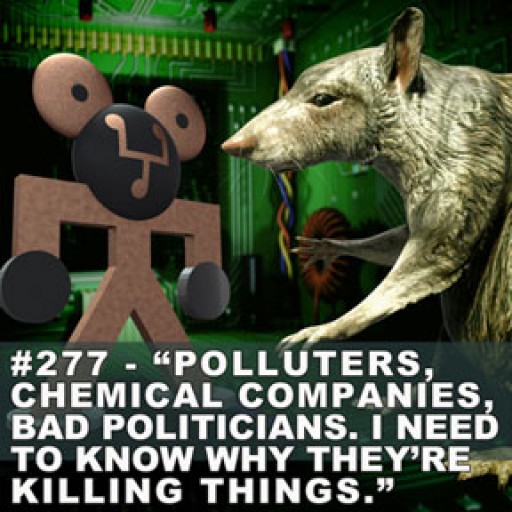 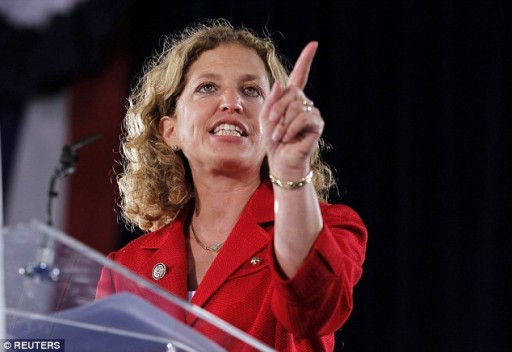 Debbie Wasserman Schultz - a Polarizing Democratic Party Politician Only Wins Her Primary by 7k Votes in Florida District 23, With a Large Disaffected Democrat Voter Base Voting for Her Primary Opponent

On August 30th Primary Election, Debbie Wasserman Schultz beat primary challenger Tim Canova by only around 7,000 votes. Debbie won 28,279 votes compared to Tim's 21,504 votes. This was the first time she was challenged in a Democrat Party Primary since she served in U.S. House of Representatives from 2004. This may be the tip of the iceberg of voter unrest or rejection of Debbie Wasserman Schultz on November 8th National Election, from among the 21,504 Democratic party primary voters.

3 More Hours to Vote. Now is the chance for Democrats in District 23 to "primary" Debbie Wasserman Schultz as disapproval for how she allegedly rigged the DNC against Bernie Sanders. District 23 covers Broward and Miami-Dade Counties. Polling places can be found by typing one's address into the Broward County Supervisors of Elections website or into the Miami-Dade election website.

Here are Early Voting days and times before the Florida Election Primary August 30th. What is of special concern to voters also is a class action lawsuit over the alleged rigging of the presidential primaries in the Democratic Party revealed right before the DNC, which looms over Debbie Wasserman Schultz in light of her own primary August 30th. An evidentiary hearing for the lawsuit will be held August 23. 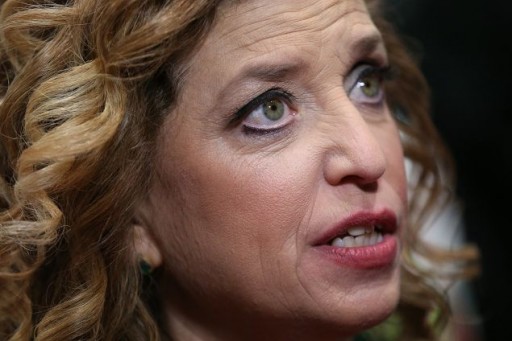 During Jim DeFede Debate, Debbie Wasserman Schultz Was Asked About Her Supervision of DNC and How They Treated Bernie Sanders, His Jewish Faith and Ethnicity

In a recent debate with Tim Canova, Debbie Wasserman Schultz was asked about emails in regards to Bernie Sanders' Jewish faith and ethnicity and if they were used as negatives to influence Kentucky and West Virginia voters. ​These topics have become some concerns for Jewish voters in FL District 23. 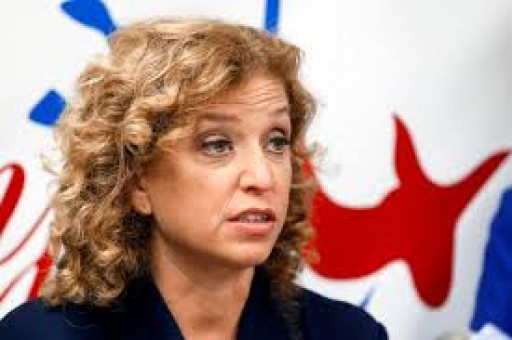 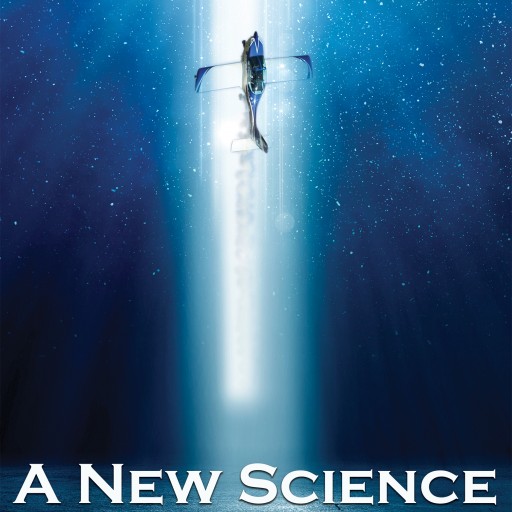 "A New Science: From Light to Description" by Mukesh Prasad follows the money trail of Climate Change and finds documented evidence that deniers are not supported by big money, alarmists are, and media has been seriously lax about following the evidence

'Vaxxed: From Cover-Up to Catastrophe' the Most Controversial Film in America Launches a Nationwide Bus Tour on August 6th

Film distribution company Cinema Libre Studio announces the team behind America's most controversial documentary, "Vaxxed: From Cover-Up to Catastrophe," will hit the road on a nationwide bus tour traveling to the home districts of members of the United States House Committee on Oversight & Government Reform, the entity responsible for subpoenaing the Centers for Disease Control and Prevention (CDC) whistleblower, Dr. William Thompson, a subject at the heart of the film.

Mike Wiley was there with Perot in 1992 leading the charge for "America First" populism. In 1994, after leading the largest rally in Florida history to defeat Hillary Clinton gun control, Mike Wiley entered the Democratic Primary for US Senate with his "America First" pro-jobs, anti-NAFTA campaign and after his removal from the Boston air waves by the Hillary Clinton FCC in Sept 1995, Mike Wiley was asked to join the "Buchanan for President" America First campaign as Mass spokesperson.

The IRS recently announced plans to redefine electioneering to include all discussion about politicians and how they vote, which could prevent non-profit organizations from informing voters and supporting or opposing legislation. Congressional protections for nonprofits expire October 1st, 2016.

She continues to pummel them with seemingly virtuous reports. It's both reactionary and absurd.