Candidate Dr. Vinson Eugene Allen Gains Major Ground as One of the Top 3 Candidates in the Heated Insurance Commissioner Race

Dr. Allen is first African American to run for the office of Insurance Commissioner in California history. 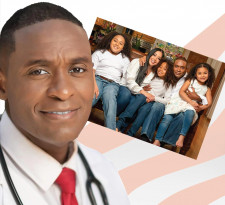 SAN FRANCISCO, June 5, 2022 (Newswire.com) - Candidate Dr. Vinson Eugene Allen is gaining popularity throughout the state and has built a solid foundation for the upcoming June 7th primary for California Insurance Commissioner. The candidate has been campaigning up and down the California Coast, spreading the message, "We're in this together." According to a recent Q & A with The San Diego Tribune, Dr. Allen has been positioned as one of the top three Democrats to enter the race and has raised over one million dollars. The Los Angeles Doctor has also received a public endorsement from the San Diego Voice & View Point.

Dr. Allen's advertising platform has taken off across the state, reaching voters from San Diego to Oakland, California. In Los Angeles, the Doctor has dominated advertising in the city with billboards, local Radio ads and Television, reminding voters to come out and vote. Many southern California residents have begun to show support with donations for Dr. Allen. The candidate has received support from the National Association of African American Insurance Agents and has received an endorsement from the (IAPAC) I Chinese American Political Action Committee. Support is growing daily for the candidate. Dr. Allen is known in Los Angeles for feeding families and taking charge in the community when there is a crisis.

Oakland Voters have shown support for the candidate. Dr. Allen has been making weekly visits to the Bay Area, diligently working to hear the unspoken and silent voices in those communities. Voters believe he represents change for the insurance industry while calling out the disparity evident in the auto insurance sector. His vision is to develop a workable solution to end increased insurance premiums within our elderly population, and to provide a viable solution to prevent insurance non-renewals and increased premiums within our urban wildlife interface. Dr. Allen recently gave an interview to the Hispanic Chamber of Commerce with Marisol Rubio, where he spoke in detail about his plans if he is elected as Insurance Commissioner. President George Holland of the NAACP of Oakland has also reached out to the candidate with support.

During a recent visit to San Francisco, Candidate Allen was introduced to Dr. Amos Brown, a historic leader known for many acts of bravery during the civil rights movement. Being impressed with his admiration for the residents of California, he invited Dr. Allen to San Francisco to attend a special Sunday service on June 5, 2022, to speak before his congregation. Allen has plans to meet with the San Francisco chapter of the NAACP and members of the Asian and Spanish communities to discuss bringing our communities together for a better California.

The candidate recently traveled to Sacramento, where he attended the State Congressional Committee meeting and spoke with insurance political action committees and agents to discuss his plans once in office. Dr. Allen was interviewed on the Sac Town Talk podcast by Jarhett Blonien, where he discussed why he has decided to run for California Insurance Commissioner. Candidate Allen has appeared on many podcasts, radio shows, and local television, including Hollywood Unlocked with Jason Lee and The Cut.

Dr. Allen is the founder of Dusk to Dawn Urgent Care facilities, located throughout Southern California. For 20 years, Dr. Eugene Allen and his wife, Dr. Connie Yu Allen, have centered their commitment to the communities of Los Angeles. Dr. Allen, Dr. Yu, and their children have served the Los Angeles community with turkey giveaways, toys, clothing, donations, and overall care to everyone in need of support. Dr. Allen is a friend, brother, and son to those who come into contact with the candidate. 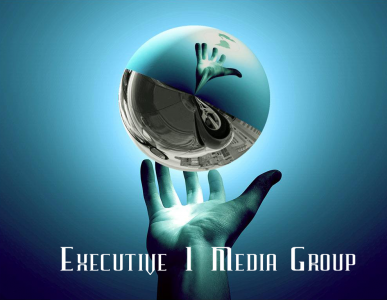