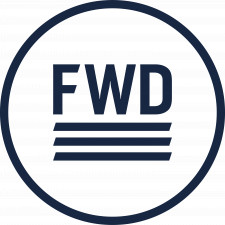 NEW YORK, July 28, 2022 (Newswire.com) - After working in parallel to strengthen democracy, the Forward Party, the Renew America Movement, and the Serve America Movement have announced the merger of their three organizations to create the launchpad for a transformational American political party under one name: Forward.

The merged group—comprised of leading national Democrats, Republicans, and Independents—will build a new kind of political party that represents the interests of the majority of Americans who reject extremism and division. Forward advisors include former U.S. presidential candidates, members of Congress, governors, cabinet officials, entrepreneurs, and grassroots leaders, in addition to thousands of volunteers in all 50 states.

The new Forward Party is launching a national building tour this fall to hear from voters and begin laying the groundwork for expanded state-by-state party registration and ballot access, relying on the combined nationwide network of the three organizations. Forward plans to achieve legal recognition in 15 states by the end of 2022, twice that number in 2023, and in almost all U.S. states by the end of 2024. The tour will culminate in a national convention in Summer 2023.

Three building blocks will unite our broad coalition and serve as the springboard for the leadership and policymaking by Forward Party leaders: free people; thriving communities; and a vibrant democracy.

The group has pledged to recruit solutions-oriented candidates to run for office—especially in local, state, and national races where political extremists do not reflect the majority of Americans. While Forward will not have its own candidates in the 2022 midterm elections, the group announced it will support select candidates in November who stand up for our democracy, even if they come from outside the new party.

The new Forward Party team includes veterans of successful presidential campaigns from both major parties, long-time operatives in the "new politics" space, and democracy reform champions. The organization plans exciting announcements in the months to come. For more information, please go to www.fwdtogether.org.

The Forward Party was established in 2021 by former U.S. presidential candidate Andrew Yang to fight for the American people with practical, common-sense solutions, alongside leaders of the independent voting movement such as Jackie Salit. While other political parties look to divide America into different camps, the Forward Party aims to bring them together.

The Serve America Movement (SAM Party) was established in 2017 by current and former Democrats, Republicans, and Independents, with a common goal to build a new kind of political party that puts people at the heart of the political process. SAM is led by former U.S. Congressman David Jolly.