Madison Horn, U.S. Senate Nominee states, "This bill has brought suffering to thousands of women in our state, as similar bills have across our nation. The rain was no act of God, but a poor argument from a failing Senator and whose only hope is to misuse religion for his own personal gain." 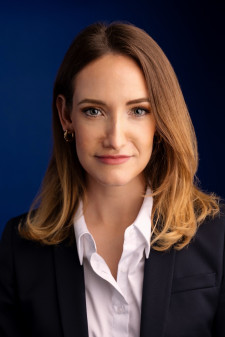 OKLAHOMA CITY, September 22, 2022 (Newswire.com) - Madison Horn, U.S. Senate Nominee and cybersecurity expert from Oklahoma, is running against James Lankford for the U.S. Senate. She has rural roots being from Stilwell, OK, and is a Cherokee citizen. Her global experience in national security, understanding the impact the lack of access has on people's lives and proven leadership - positions her to provide practical solutions for the problems of today and tomorrow. A race on no one's radar, this flyover state is presumed to be in a red stronghold. However, the current political climate and issues facing Oklahomans are driving a landscape for Democratic candidates like Madison Horn to create an upset, which her campaign, Oklahomans for Madison, says is evident in recent polling done on other statewide races, with +4 and -1 margins showing the uncertainty building in Oklahoma.

The biggest issue creating swings in states like Oklahoma, like seen in Kansas, is the restriction of women's health which Madison's opponent is leading and doubling down with recent statements.

The following is an open letter from Madison Horn regarding a recent statement by her opponent, Senator Lankford.

"Senator Lankford is drawing a connection to the passing of a deeply flawed, extreme piece of legislation restricting women's rights with rain falling as a sign of God's blessing.

This bill, lacking both empathy and compassion, has brought suffering to thousands of women in our state, as similar bills have across our nation. The rain he is referring to was responsible for hundreds of farmers losing crops and income. This was no act of God, but a poor argument from a failing Senator whose only hope is to misuse religion for his own personal gain. Additionally, it misrepresents countless people of faith who desire a reasonable, caring approach to protecting reproductive rights.

85% of Americans support access to reproductive health services (Gallup 2022) - access that the Oklahoma bill denies. The growing trend of James Lankford abusing his own interpretation of faith to gain the trust of his constituents goes hand-in-hand with the extreme government overreach that he is forcing on others. He is not the first elected official throughout history to abuse religious views in this way, but it is another shameful example of a Senator who has become a mouthpiece for divisive factions and political pandering.

The fact is, women are now suffering, Oklahoma is still in a drought, and elected officials like James Lankford must be voted out this November."

About Oklahomans for Madison 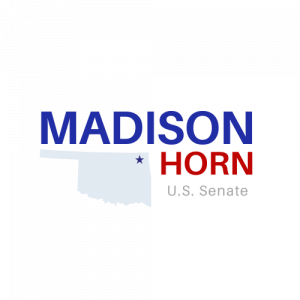