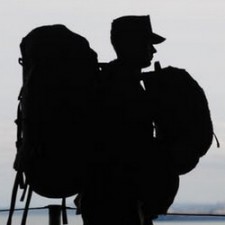 Veterans Affairs (VA) officials told lawmakers on Capitol Hill that the number of disability cases related to PTSD has nearly tripled from approximately 345,000 cases in the fiscal year 2008 to more than 940,000 cases through 2017.

Service-connected PTSD payouts now make up approximately 22 percent of all veterans receiving compensation benefits from the VA. This applies to all age groups of military veterans and not just recently-returning veterans from combat service.

However, lawmakers still worry that current VA rules may still be excluding thousands of veterans eligible for the disability payouts, which are tied to injuries suffered during military service.

"When you're dealing with a human mind damaged by some really bad circumstances, we have to do everything we can. I know we're trying, but we hear concerns from constituents on a regular basis," stated U.S. Rep. Mike Bost (R, IL), Chairman of the House Veterans' Affairs subcommittee on disability assistance.

More public attention on the topics of PTSD and MST and more awareness among veterans has led to more veterans from all eras to file claims. Gustad Law Group remains committed to veterans suffering from PTSD and MST by assisting veterans in obtaining counseling services and breaking out of cycles of anonymity, secrecy, shame and guilt. Gustad Law Group is aware that the VA now has 16 training courses focused on handling PTSD cases, and represents veterans to ensure any affected veteran is identified and helped.

Gustad Law Group sees scores of cases where veterans are rejected for a lack of proof or because the VA evaluations are insufficient. Gustad Law Group has increasingly focused on PTSD and MST cases and has assisted veterans to combat the stigma of seeking help for mental health issues such as PTSD.