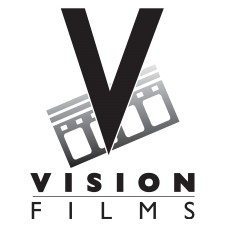 Sparks fly when a beautiful single mother meets an attractive but irresponsible man. Since they believe all relationships are destined to end tragically, they create a list of ten things they should do together before they break up. The saying “first comes love, then comes marriage...” is thrown completely out the window when she unexpectedly becomes pregnant. Now this unlikely pair must determine if they can become a family, or if they were right about their love being doomed all along.

10 Things We Should Do Before We Break Up was written and directed by Galt Niederhoffer, director of The Romantics and executive producer of The Kids Are All Right.

A story of love, family, expectations, and the difficulties of a modern relationship, this timely film shows the strength of a modern woman through adversity.

“Vision Films is truly excited to be releasing 10 Things We Should Do Before We Break Up,” says Lise Romanoff, Managing Director/CEO of Vision Films. “This is a very timely film that will pull on your heartstrings, especially around Valentine’s Day.”

“We are thrilled to be working with Vision again on 10 Things We Should Do Before We Break Up,” said Jack Sheehan, President of Worldwide Sales & Development of Archstone Entertainment. “​Galt Niederhoffer has made a compelling film and Christina Ricci and Hamish Linklater displayed exceptional performances in very challenging roles.”

Vision Films is a leading independent sales and VOD aggregator specializing in the licensing, marketing, and distribution of over 800 feature films, documentaries, and series from some of the most prolific independent film producers in the world. Led by Lise Romanoff, Managing Director/CEO Worldwide Distribution, Vision Films releases 2-4 films a month across Theatrical, VOD, DVD, and television platforms. www.visionfilms.net

Archstone is a production and worldwide sales company focused on delivering high-quality theatrical films to the world-wide audience. Founded in 2009 by partners Scott Martin and Michael Slifkin, Archstone has represented over 200 films as sales agent and produced over a dozen of all genres. From development through completion and onto final delivery, Archstone works close with filmmakers to share their vision to the world.

Prepare to Remember Your First Love: 'Liza, Liza Skies Are Grey' Brings Youth and Innocence to an Otherwise Grey World of Days Past
Vision Films - May 13, 2020