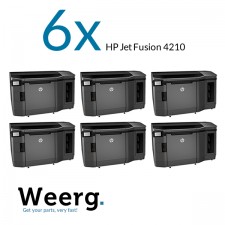 MARGHERA, Italy, July 11, 2018 (Newswire.com) - Weerg's growth continues at a great pace. After the recent purchase of six Hermle machines, the online platform that offers CNC and 3D processing marks the European's largest installation of HP Jet Fusion 4210 printers for 3D Printing. In this case, it is also an unprecedented agreement that envisages not only the doubling of the existing machine fleet with the arrival of three new, latest generation Jet Fusion 4210 systems but also the technological upgrade of the three 4200 printers already in operation in the Marghera headquarters. All for an investment that exceeds 3 million euros on the list.

This new printing solution, designed specifically for industrial-scale 3D production environments, has been designed, on HP's express statement, to significantly reduce overall operating costs, increase capacity for production volumes and raise the "break-even point" for large-scale 3D production at 110,000 units compared to an injection molding production. It also offers the lowest piece cost in the industry: up to 65% less than other 3D printing methods.

Unique and efficient service for the rapid prototyping of a single project, but also for the production of print runs of up to 5,000 pieces, with competitive costs and excellent quality.

In addition to this massive expansion of the production department, there is the implementation of a software for process automation that includes a constantly updated ERP system that allows daily management of the processing of thousands of pieces, and a nesting software with the exclusive option which allows the "match" on all the available builds in order to further optimize the loads during processing.

Cutting-edge technology choices that define Weerg as a model of Industry 4.0, where production is monitored by monitors and operator intervention is reduced to a minimum. Everything is orchestrated by what happens online, on the e-commerce platform, where today convey more than 10,000 requests for estimates that convert into a daily average of 150 orders.

Numbers that Weerg plans to double soon thanks to new installations. "The capacity of the first three printers was already saturated, and the current demand is already sufficient to fully cover the production capacity of all 6 machines," - says the founder Matteo Rigamonti. "To boost production, we have renewed our trust in HP, since it is, in our opinion, the only technology currently capable of ensuring industrial performance, which has so far enabled us to fully meet the needs of our customers. Moreover, the announced arrival of new materials, recently anticipated by the introduction of the loaded glass that supports the PA 12 nylon, will allow us to further increase the reference panel, finally allowing us to face many still latent professional needs." An enthusiasm also shared by HP and Davide Ferrulli, HP Italy's Enterprise Sales Manager 3D Printing, who led the negotiations with Weerg.

Currently, 90% of the orders come from operators of this sector or from companies that are already operating in this field but don't have the HP technology for which Weerg operates as a subcontractor. It remains a percentage of 10% of amateurs because the programs to draw in 3D are user-friendly and therefore easily usable even by non-professionals.

Due to the production capacity of HP printers, Weerg is able to offer a unique and efficient service for the rapid prototyping of a single project, but also for the production of print runs of up to 5,000 pieces, with competitive costs and excellent quality. Processes for which the company is in direct competition with die-casting, which however requires the construction of a mold and consequently longer times. The uniqueness of the Weerg offer is enhanced exponentially by the simplicity of use of the platform, the free estimate in real time and guaranteed delivery times in 3, 5 or 9 days.

To support the growth process by the end of 2018 Weerg plans to hire another 11 workers to manage the current fleet and guarantee a 24/7 production. The transfer to a new location is also imminent, due to the need to continue with the expansion of the production department. In addition to the 6 HP Jet Fusion 4210 systems, the Weerg fleet includes a battery of 10 Hermle C42Us with 5 continuous axes for CNC machining, from which derives the 75% of the current revenue. 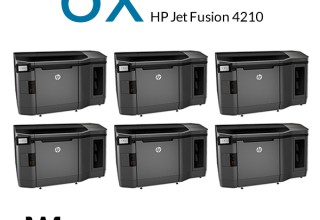 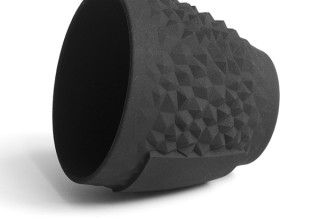 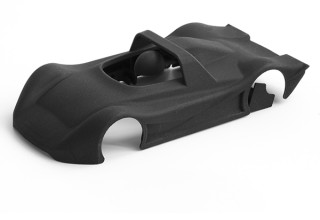 The Excellence of Weerg.com is Certified by Trusted Shops
The European trust brand in e-commerce has certified with top marks the CNC and 3D printing online leader.
Weerg - Feb 19, 2018