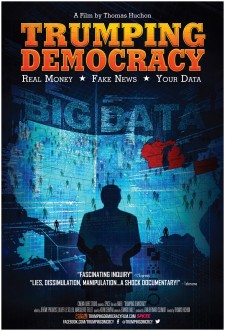 LOS ANGELES, November 21, 2017 (Newswire.com) - During Facebook’s October congressional testimonies, and the broadening investigations into Russian influence on the 2016 election, one of the key figures behind Trump’s campaign victory has not yet been investigated. An explosive new documentary by Cinema Libre Studio, TRUMPING DEMOCRACY, released today may change that.

Billionaire Robert Mercer is a member of a conservative faction bringing itself to power not only in the U.S. via the Trump campaign, but in the U.K. with Brexit’s ‘leave’ campaign. In 2013, Britain’s Strategic Communication Laboratories (SCL) – which some believe to have influenced Brexit – arrived to the U.S. under the name Cambridge Analytica, funded and owned in part by Robert Mercer.

In such a highly developed country as the USA, I find it unimaginable that an election could be manipulated.

Mercer also funded the pro-Trump Super PAC, MAKE AMERICA NUMBER 1, run by his daughter, Rebekah, which spent $5.4 million with Cambridge Analytica in support of Trump’s campaign, and employed both Kellyanne Conway and Steve Bannon, prior to their appointments to the official campaign.

However, according to the new documentary, TRUMPING DEMOCRACY, official campaign books do not show payment to Steve Bannon for his time as Campaign Chief. The Campaign Legal Center’s Brendan Fischer, featured in the documentary, explains that Bannon received over $250,000 in payments to his production company, Glittering Steel LLC, from MAKE AMERICA NUMBER 1 in the lead up to his appointment as Campaign Chief.

In the film, psychometric data expert Professor Michal Kosinski of Stanford University exposes how citizen’s data is being collected, profiled, and used to manipulate voters. The New School’s Professor David Carroll, who acquired copies of his own data from Cambridge Analytica, reveals how the company has acquired up to 5,000 data points on over 230 million American voters, ultimately used to target controversial Facebook ‘dark posts’ to voters on behalf of the Trump campaign.

Cinema Libre Studio is a full-service mini-studio known for producing and distributing high-quality feature films and social impact documentaries. Headquartered in the Los Angeles area, the team has released over 200 films. 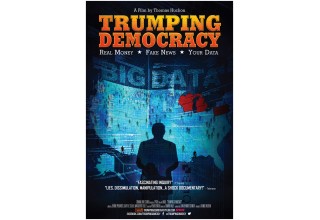 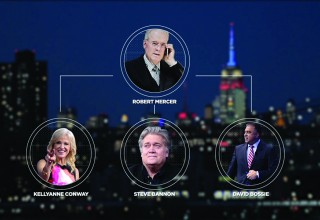 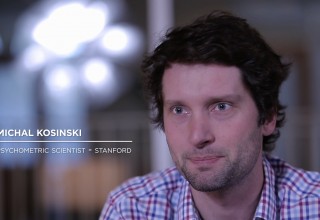 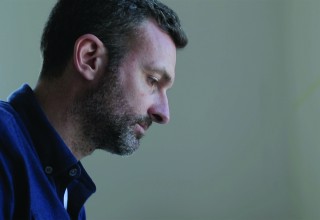