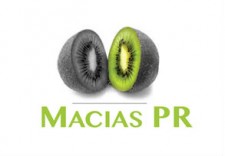 In the second quarter, MACIAS PR launched a fundraising campaign for a digital health client. The fundraising announcement highlighted a $58 million fundraising round that was covered by more than 30 news publications, including TechCrunch, AlleyWatch, Entrepreneur, MobiHealthNews, Axios, and Fortune.

MACIAS PR kicked off 2019 with a TV segment with the top-rated morning show, the NBC Today Show. The national TV segment showcased the world’s first smart belt, reaching more than 1.4 million viewers across the country. MACIAS PR also secured media placements with Entrepreneur, USA Today, and Forbes in the first quarter in 2019.

The coverage in 2019 led to MACIAS PR getting named the Strategic PR Firm of the Year by marketing and industry peers. The ACQ5 Awards recognizes industry leaders based on their expertise and innovation.

“MACIAS PR might be a boutique public relations agency in New York, but I’ll put our media results, strategy and deliverables up against the biggest PR firms in this country,” said Macias. “At the root, MACIAS PR is an entrepreneur’s agency. We continue to look at the media, business and messaging through the lens of an entrepreneur and that helps our team deliver better results at a faster pace.”

That entrepreneurial approach was recognized by the Forbes Business Council, which named Mark Macias to their board in December 2019. Macias was vetted and selected by a review committee based on the depth and diversity of his experience as a journalist, author, entrepreneur and media strategist.

Each Forbes Business Council member must have demonstrated a successful business track record and industry leadership, as well as personal and professional achievements and honors, for their inclusion.

MACIAS PR also launched a new scientific polling service in 2019. The polls come with margin of errors as small as +/-3 percent, or larger based on the client's budget.

“We craft our polls with the news agenda in mind, making sure the poll results lead to new insight on voter sentiment,” said Macias. “In the past, these political polls with margin of errors were only available to incumbents or heavily funded campaigns, but that’s changing. We’ve invested in technology and formed partnerships that allow us to run the same scientific polls on the same platforms as presidential pollsters.”

The founder of the firm, Mark Macias, is a former Executive Producer with NBC and Senior Producer with CBS in New York. His media experience provides the firm with an insider's perspective on how news stories are placed.

Macias is author of the business book Beat the Press: Your Guide to Managing the Media and frequent media contributor with CNBC, Forbes and The Daily Caller where he gives PR, media and crisis advice on timely business and political stories.