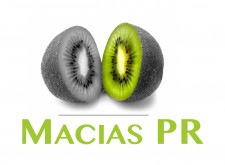 The phone poll was conducted Feb. 28-March 3 and has a margin of error of plus or minus five percent.

It’s a surprising discovery since Maricopa County gave Trump the largest number of votes of any county in the 2016 election. This poll is in line with national polls that show President Trump is losing support among suburban voters.

Registered voters in Arizona’s Eighth Congressional District were asked if they planned on voting for President Trump in November and if Rep. Debbie Lesko’s unconditional support for Trump made them more or less likely to re-elect her.

Approximately 160,000 voters in District 8 are registered as Independents.

The political director behind the poll, Mark Macias, says District 8 likely won’t be decided by Republicans, or even Democrats - but the “other” party that represents nearly a third of all registered voters in this District.

“The changing demographics in this suburban district suggest this seat will be won by the candidate who captures the growing number of independent voters registered with another party,” said Macias. “State and national GOP party leaders might think District 8 is solidly Republican, but the Northwest suburb has changed since 2016.”

Maricopa County was the fastest-growing county in the U.S. for the third year in a row, according to the U.S. Census Bureau.

President Trump has been a vocal supporter of Rep. Debbie Lesko, naming her to his impeachment team and frequently tweeting support for her. The poll suggests voters are split on Lesko’s unconditional support for Trump.

A breakdown of gender found 47 percent of all women are against Lesko’s continued support for Trump, while 53 percent of men are less likely to re-elect Lesko based on her support.

In the 2018 Special Election, only 8,681 voters separated Lesko from the Democratic nominee.

Lesko’s Democratic challenger, Michael Muscato, is a rare Valley native, growing up and living in the same town in Peoria where he grew up. He says as a Christian and small business and gun owner, he understands the community and what voters want based on his life experiences in the Valley.

“Lesko is hoping Trump will push her over the finish line, but these poll results reinforce what I’m hearing every day from real voters in my district,” said Muscato, who was a top fundraiser among all Democratic challengers facing an incumbent member of the House Judiciary Committee in the most recent FEC fundraising report. “We don’t want a partisan, Trump fan club more interested in fame than getting the job done. We want our issues with immigration, education, healthcare, and wage inequality solved - not partisan finger-pointing. My platform is forged from this district and it represents everyone, not just one political party. My plans provide detailed solutions to our problems and they have support from both sides of the aisle and those who are sick of both sides' partisan stalemate.”