The Most Popular Dating App for Women Announces Upgrade 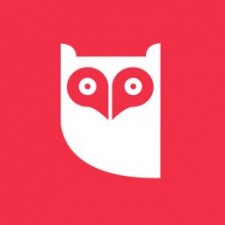 Manhattan, New York, March 6, 2017 (Newswire.com) - The dating app Weepo has released a new upgrade that allows women to message all of her matches at once, increasing her chances of going on a quality date to a place of her selection.

Weepo is the first dating app that allows women to reach out to all of her matches at once, using a push notification. No more copy and pasting messages. She can now invite all of her matches out on the same night – and see who responds to her invite.

The founder of Weepo, Roy Lugasi, says this new component eliminates the frustration most singles feel on dating apps.

“Women on dating apps get so many matches and messages that they rarely end up going on dates,” Lugasi said. “With this new service, women are in charge of where they go and who they ask. Using our proprietary geo-targeting technology, Weepo lets women invite all of her matches out on a date with the push of a button. Even better, the date location and time is already planned on Weepo’s platform.”

Weepo recently analyzed the top-5 most popular dates where women are asking out men, using this new feature. The data shows women are asking men out on unconventional types of dates that are driven by interaction – and not centered around drinking.

“Most singles are frustrated with the short back and forth, pointless banter that takes place on dating apps. ‘Hey, what’s up’ or ‘what are you doing?'" said Lugasi. “This new Weepo feature ignites opportunities for real discussions that give singles a better idea of who this person is. They are also more likely to actually have chemistry when they have common interests.”

Weepo recently conducted a focus group of NYC women, trying to better understand what they want in dating apps. They discussed their best dates and what they wish guys would on dates. (You can watch a video of that focus group here).

There are dozens of dating apps, diluting the pool of women singles. As a result, most dating apps have more male users than females. Lugasi says this competition has pushed the dating app acquisition cost to more than $10 for a female user.

The average single has three dating apps on their phone and receives more than 100 matches a month, yet surprisingly, dating app users rarely go on even one date a month, according to research conducted by Weepo.

“Weepo gives women what they want,” Lugasi said. “It saves time, it’s safe since singles are meeting in groups at events and it’s more natural. It helps women find a guy who has similar interests. If a woman wants to do yoga with a guy and he accepts, it says a lot about his personality.”

Weepo is one of the fastest growing dating apps with more than 100,000 downloads. It’s event driven, giving singles date ideas and events that are happening that night. Weepo has been featured in Time Out New York, New York Post, Channel 11 in NYC, Metro New York and others. Sports Illustrated said “Where was this app when I was single?”