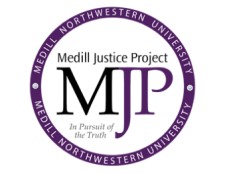 ST. LOUIS, December 15, 2017 (Newswire.com) - The Medill Justice Project releases a documentary examining the case of Ahmad Adisa, who is serving a life sentence for killing noted boxer Ray Lathon in an execution-style shooting in 2000.

In a video interview, key eyewitness Michael Stuart, who said he was with Adisa the night of the murder, recants his trial testimony. Stuart says he framed Adisa because he was upset with him, and he is coming forward now because he regrets that his lies “pretty much ruined [Adisa’s] life.”

The 10-week investigation was carried out by a team of Northwestern University undergraduate students who traveled to St. Louis to interview witnesses, authorities and others about the case.

“This investigation raises serious questions about Adisa’s conviction,” said Northwestern University Professor Alec Klein, director of The Medill Justice Project, who supervised the students’ work as part of a journalism class he teaches. “It’s rare to capture a key eyewitness on camera admitting that everything he said was a lie — and that lie helped put a person in prison for life.”

The documentary premieres today at www.medilljusticeproject.org.