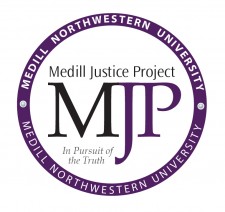 WASHINGTON, December 21, 2017 (Newswire.com) - Boarded-up windows. Rodent infestations. Overgrown lots. You may not know it but Washington, D.C., owns a wide swath of properties across the district that are blighted or empty. As part of an expansion of our investigative journalism, The Medill Justice Project photographed every one it could identify—about 150 of them.

The empty structures and lots are owned under a division of the local government responsible for acquiring and rehabilitating vacant or blighted properties. Many residents wonder why it’s taking the District so long to fix the properties—some of which it’s owned for decades. Residents also say they worry the unsightly buildings and overgrown sites are bringing down property values in their neighborhood, attracting vagrants, vandals and vermin.

“It’s remarkable that Washington, D.C., the seat of the most powerful country in the world, is also the landlord of scores of vacant and blighted properties,” said Northwestern University Prof. Alec Klein, director of The Medill Justice Project. “Tracking down and confirming what the District owns required cross-referencing multiple public databases, and what we discovered is, in some cases, incomplete and missing information.”

This story follows an investigation The Washington Post with The Medill Justice Project published in May on the forfeiture of federal funds meant to provide affordable housing in U.S. cities.

The photo investigation published today can be viewed at www.medilljusticeproject.org.

The Medill Justice Project, founded at Northwestern University in 1999, is an award-winning national investigative journalism center. As journalists, we advocate only for the truth.