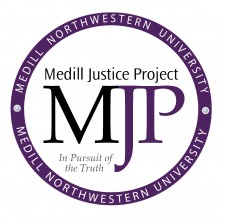 BERWYN, Ill., August 25, 2017 (Newswire.com) - In a 10-week investigation, five undergraduate interns of The Medill Justice Project examine the 2009 case of Ysole Krol, then 19 years old, who is fighting her 35-year prison sentence, maintaining she is not even sure she touched the gun her then-boyfriend used to shoot and kill a man coming toward their car.

The story also examines accountability laws that experts say often fail to distinguish between a bystander and an accomplice to a crime. As a result, even if witnesses to a shooting didn’t pull the trigger, they may be held just as accountable as the person who did.

Though sentencing enhancements for firearms are intended to deter crime, experts question whether such measures are effective. Fifteen years of Krol’s 35-year sentence were added on because the crime involved a firearm. During Krol’s sentencing, the prosecutor told the judge to provide a sentence that would send a message to other potential offenders.

The in-depth story published today is available at www.medilljusticeproject.org.