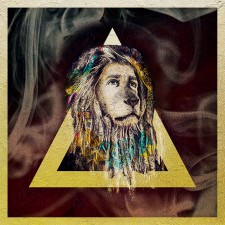 MIAMI, July 5, 2019 (Newswire.com) - MerlinMoon announces "Younity," his second full-length studio album. The album is set to be released worldwide on Oct. 10, 2019, exactly two years after the release of MerlinMoon's debut LP, 'Iconography. YOUNITY'S lyrics transcend the boundaries of race and genres, with a universal message promoting the unity of all mankind. The sound blends the rhythm of Trenchtown reggae with splashes of British neo-psychedelic rock. This conceptual artistic production aims to bring awareness about how politics, corporate greed and widespread media thicken the lines that separate people by race, religion, belief and nationality.

Curating unchallenged songwriting and vintage analogue sounds, MerlinMoon chases his idealistic standards with the prowess acquired by listening to his majestic idols. Emerging himself in the purity of reggae, respecting the authenticity of the message it preaches, MerlinMoon stays rooted to his rock and indie legacies. He intricately weaves a complex musical web of various genres, creating his signature indie sound.

MerlinMoon was oblivious to racism while growing up. Bob Marley's lyrics introduced MerlinMoon to racial issues that still today divide humanity. Bob Marley’s song "War" says: “That until there no longer, First class and second class, citizens of any nation, Until the color of a man's skin, Is of no more significance, than the color of his eyes, Me say war.” MerlinMoon believes that Marley’s words should be sung as a creed for humanity. He explains that, “A stoned blind humanity, touching life sightless would lead to a racial neutral state. He who considers of any human being lesser is who defines ignorance and is who promotes the division of mankind.” In his last few productions, including Lithography 1 EP (2017) & Lithography 2 EP (2018), his songs embark on a journey promoting life and love while condemning the ones who destroy earth. In this new work of music, MerlinMoon embraces the wars fought for freedom and the angry riots of equality to justify the sacrifices endured by the brave Martyrs.

All songs written and composed by MerlinMoon.