"Last of kings"; a song written in memory of Bob Marley, the Lion of Judah. 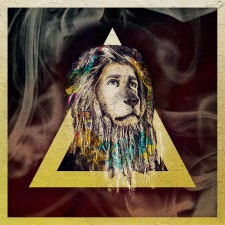 MIAMI, January 14, 2020 (Newswire.com) - Reggae superstar Alborosie, co-producer of Younity, is being featured in MerlinMoon’s single “Last of kings”; a song written in memory of Bob Marley, the Lion of Judah. Since the death of Bob Marley and Peter Tosh, the reggae genre has evolved, yet Younity remains true to the roots of authentic reggae rhythm while incorporating the cerebral feel of Pink Floyd and British Neo Psychedelic Rock. Their shared love of vintage equipment brought Alborosie and Merlinmoon together, initiating both a friendship and many artistic collaborations.

Helios was founded when Island Records founder Chris Blackwell convinced Abbey Road designer Dick Swettenham to build a custom console for his Basin Street Studio. The Helios consoles were used to mix and record legendary artists such as The Beatles, Led Zeppelin, The RollingStones, The Who, Roxy Music, Queen and Jimi Hendrix. MerlinMoon’s debut album Iconography LP, (2017), was recorded and mixed in a Helios at BangyBang Records in Miami, as shown in the documentary webisode series “Historic Sounds”.

BangyBang records’ Helios console originally resided at the legendary jazz ECM Records and was used to record artists such as Pat Matheney and Keith Jarret before being sold to lead singer of Creed, Scott Stapp. Alborosie, on the other hand, found a hidden Helios type 69 console originally from Harry J Studios in Jamaica, famously used by Bob Marley.

After months of “gear talk” between Alborosie and MerlinMoon, the idea of blending the cerebral rock feel of MerlinMoon with Alborosie’s reggae influence arose and was put into action when the rhythm section was recorded in Kingston Jamaica by seasoned musicians.

“I decided to collaborate with MerlinMoon cause I felt the vibe was right and the energy was moving into the same and right direction, the passion for vintage equipment brought us together and the love for real music keep on pushing us toward new frontiers, long life to reggae,” explains Alborosie.

PJ Olsson (Alan Parson's band) & Juan C. Nieto (IbeatHouse), BangyBang’s team, joined forces with MerlinMoon to finalize the 10 songs LP in BangyBang Records Studio in Miami. Younity was originally set to be released on Oct. 10, 2019, exactly two years after the release of Iconography LP, but the album had to be postponed due to MerlinMoon’s prolonged work composing music for an undisclosed documentary at the Vatican City in Italy. Last of Kings featuring Alborosie will be the first single to be released early 2020. “Alborosie is an inspiring humble human, with an immense talent already in the process of making history, and Younity is just the first collaboration of many more to come,” states MerlinMoon.