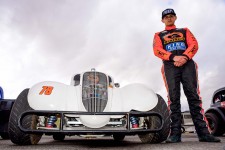 RIVERSIDE, Calif., January 9, 2019 (Newswire.com) - ​​The first weekend of the 2019 calendar year provided the second race of the season for Ricky G Racing driver Ricky Gutierrez and his first top-five finishes. Taking on the Silver State Championships on the Las Vegas Motor Speedway road course, Ricky G returned to his Legends Car to compete in the Semi-Pro division as he continues to gain experience in multiple different racing platforms.

With two separate race days on the weekend schedule, Saturday would begin with a pair of practice sessions and a qualifying run before the wheel-to-wheel action commenced.

“Qualifying on Saturday was a little disappointing,” explained Gutierrez. “We had a panel that came loose on the car and were forced to pull off the track early. With no qualifying time, I was forced to make a charge from the tail of the field.”

After progressing through the Semi-Pro heat race with no issues, Ricky G was able to salvage a top-five result in the day’s main event. With midfield battles as intense as they become in Legends Car competition, the Californian was able to advance his position and cross the stripe with a fifth-place result, his first top-five finish of 2019.

Returning to the same facility on Sunday and with the goal of improvement, Ricky G and his Ricky G Racing program were presented with tricky conditions. With heavy rain falling and soaking the track overnight, the Semi-Pro drivers battled wet and slippery conditions as Ricky took it all in stride, and secured the fifth quickest time of the session.

Gutierrez continued, “I was super pumped after qualifying, and I knew it was going to be a good day. The confidence continued throughout the day and into the main event. The last on-track session of the day was probably the most fun I have ever had in a Legends Car as I was involved in a pretty epic battle. Biding my time and concentration on what my coach, Troy Adams, has been teaching me, I backed up my corner, got a good run and was able to out-drag my fellow competitor to the checkered flag and secure a fourth-place finish.”

The next Legend Car action for Ricky G will be Feb. 2 and 3 for rounds five and six of the US Legends Car International Championship at the Las Vegas Motor Speedway.

Ricky G would like to thank his partners for their continued support. A huge shout out to G Brothers Racing, MPI Innovations, Dustin Ash Motorsports and Troy Adams Coaching. 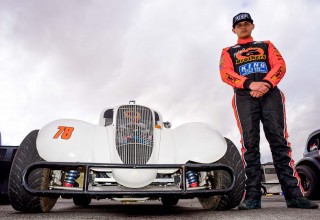 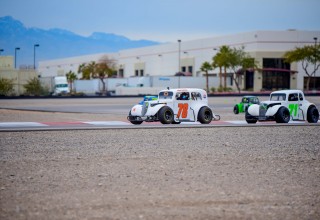 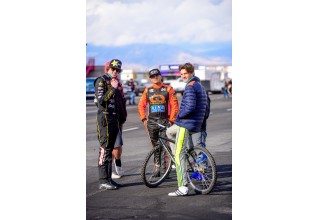 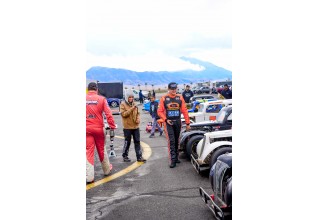