Pace on par with top-five, but error cost Ricky G a solid result. 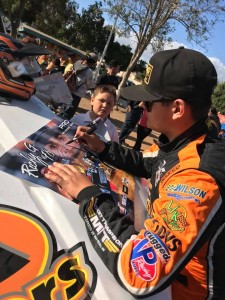 ENSENADA, Mexico, May 28, 2019 (Newswire.com) - Taking on the third round in the Lucas Oil Off Road Racing Series at the 5th Annual Rockstar Energy Battle South of the Border Presented by Lucas Oil, Ricky G took on the Estero Beach Resort circuit in Ensenada, Mexico. Receiving coaching from his spotter Cory Kruseman and pointers from long-time Lucas Oil Off Road Racing Series driver Brian Deegan, Ricky G showed great pace and looked poised for a solid result before a miscue put the rookie one lap down and to an eventual seventh place result.

“Coming into practice I knew I had a lot of learning to do,” explained Ricky G. “The track looked really tough including the rhythm section, so I appreciated Brian Deegan helping me out. I ended up in the seventh position in all practice sessions, a pretty consistent start to the event weekend.”

Heading into qualifying, the track was prepped to near perfection. With a lot of grip available to the Lucas Oil Off Road Racing Series drivers, the key would be executing to ensure a good starting spot for the main event.

Ricky G added, “My Mickey Thompson tires were hooked up. I got past the truck in front of me and ended up following Brian around the track and was able to learn a lot from his lines.”

Qualifying eighth overall, Ricky G lined up for the final from outside row four. Looking to move forward and grab a top-five finish, Ricky G knew that the roost from other trucks was going to be a problem, so the plan to follow close and attack was put in place.

“Right from the start I knew the roost was going to be bad, but I just had to stay really close to the truck in front of me to try and make sure I had the best visibility possible,” expressed the Southern California native. “I was in the sixth position and things were running pretty smooth until lap six when I over-jumped the jump going into the last corner. Unfortunately, I ended up hitting the dirt wall, which packed my wheel with dirt and provided the sensation of a flat tire. I pulled into the hot pit but my crew came back on the radio telling me that everything was ok. It is such a disappointment to make such a big mistake on my part.”

With the unanticipated hot pit, Ricky G fell one lap behind the leaders and was unable to recover. Crossing the stripe in the seventh position, it was an experience and character building weekend south of the border in Mexico.

Away from the track, the Ricky G Racing Team participated in a local community meet and greet with Pro Buggy driver Trevor Briska. With the event located at an Ensenada neighborhood park, the local community was given the opportunity to get up close and personal with the Ricky’s Pro 2 #78 as well as meet the drivers. Ricky handed out race t-shirts, posters, stickers, candy, snacks and countless autographs.

The next event for Ricky G and the Lucas Oil Off Road Racing program is in Wheatland, Missouri at the Lucas Oil Speedway over the June 29-30 weekend. 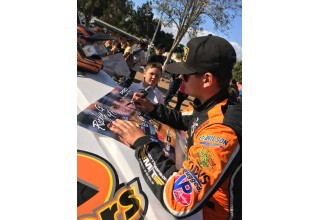 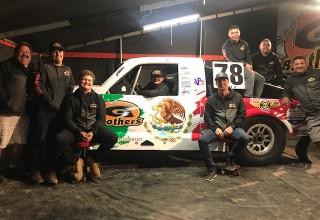 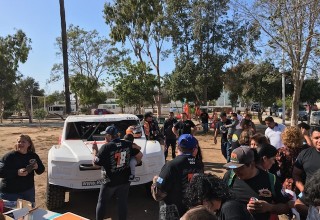 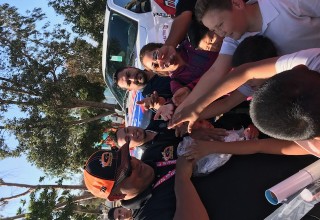