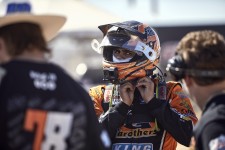 WILD HORSE, Ariz., April 16, 2019 (Newswire.com) - After a top-10 finish in his first Pro event less than one month ago, Ricky Gutierrez was back on track at the Wild Horse Pass Raceway in Chandler, Arizona for the second round of the Lucas Oil Off Road Racing Series. As the youngest driver in the field, the goal to improve and gain experience was the name of the game, all while trying to claim the best results possible and increase his already colorful resume. With three practice sessions set for Friday, and qualifying and the main event set for Saturday night, it was a quick weekend that yielded Ricky G’s best result to date in the Pro 2 division.

Heading into Friday’s practice, Ricky G was super excited to finally get back in the truck once again. With several weeks of downtime between the first race and now, and with only a few test days scheduled, the Californian was anxious and hungry to prove his skills in only his second Pro event of his career. With a super wet and slippery track surface for practice one, the key to speed was finding grip and traction, and the Ricky G Racing driver ended his first run with the tenth fastest lap time.

“For the second session we made a huge swing by changing the rear shocks to try and get the truck to lean back to get more traction, but the problem was I was bottoming out super hard and lost control going into turn one, causing me to almost flip over,” explained Ricky G. “Some more changes before session three proved to be in the right direction, as I was able to climb to ninth overall. The ripped up track allowed me to gain additional grip. I was following RJ Anderson, learning his lines and trying and pick up a couple of tips. I ended up doing really well and was confident I was ready for qualifying.”

After a good night’s rest, Ricky G, who at 16 is the youngest driver to race the Pro 2 class, was able to claim the ninth quickest lap on qualifying and marched his way forward in the main event that evening.

“We had a land rush start, and the race was going great, as I was driving in the sixth position until lap five,” added Ricky G. “I hit a huge hole on turn four, which popped my tire off the bead. I pulled into the hot pits, and my crew did an awesome job getting the tire changed quickly and getting me back out on the lead lap. I was in the back and had to put my head down and drive hard. I ended up turning some of my fastest laps of the weekend, catching the field and driving to a solid sixth-place finish, my best Pro result to date."

In just over one month's time, Ricky G Racing will travel to Mexico for the third event in the Lucas Oil Off Road Racing Series and compete at the Fifth Annual Rockstar Energy Battle South of the Border Presented by Lucas Oil at the Estero Beach Resort in Ensenada, Mexico. 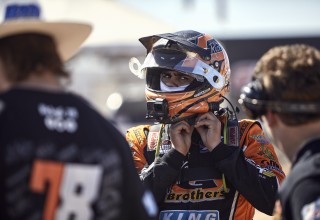 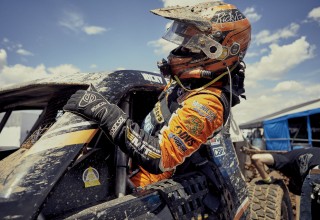 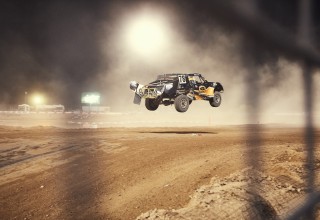 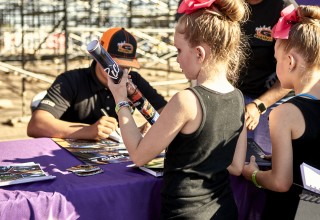