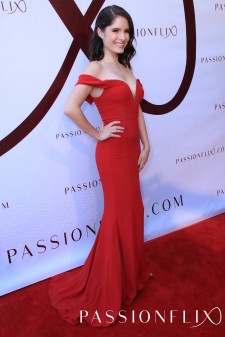 LOS ANGELES, August 10, 2018 (Newswire.com) - The highly anticipated World Premiere of Passionflix’s sizzling new romance series Driven went off without a pit stop. Written by New York Times bestselling author K. Bromberg, Driven quickly became a global phenomenon after the book’s publication in 2013. Fans have been eagerly awaiting the project’s release since it was announced in spring 2017 and for some, the wait finally ended Wednesday night.

Some of the story’s most die-hard supporters were lucky enough to join the cast and crew for the series premiere at Raleigh Studios in Los Angeles on Aug. 8, 2018. Fans from Seattle to Australia flew in to participate in the epic celebration.

Stars from previous Passionflix films joined in on the fun as well. Handsome The Matchmaker’s Playbook lead Nick Bateman arrived with long-time girlfriend Maria Corrigan in one of their first outings since Corrigan announced her pregnancy. His on-screen love Caitlin Carver was seen happily posing for selfies with fans, signing autographs and chatting it up with co-star Justene Alpert. Other fan favorites like Shi Ne Nielson, Jordan Birkland and Adrian Gonzalez from Afterburn/Aftershock and The Trouble with Mistletoe were also spotted.

After the red carpet was complete, everyone congregated to the theatre where the first three Driven episodes were screened. If the non-stop laughs, swoons, gasps and enthusiastic applause were any indication, fans are going to be delighted to see Colton and Rylee’s love story depicted on screen.

The final credits rolled, but the night was just getting started. The entire Driven cast came to the front of the theatre for a Q&A. Highlights from the interview session included Bromberg reminiscing about what it was like to see Applegate and Casey Deidrick in character as Rylee and Colton for the first time; Musk talking about how the fans play a huge role in casting; and adorable child stars Ganiere and Coto talking about their audition process.

After the official festivities wrapped up, it was time for cocktail hour. Guests sipped on delicious beverages provided by ROK Drinks’ Bogart Spirits, having the choice of vodka, whiskey, rum, gin and tequila. Attendants could munch on authentic treats featured in the series including Hershey’s Kisses and cotton candy.

The Driven premiere was a night full of Hollywood’s biggest celebrities, beautiful style and steamy romance. To absolutely ensure it was a night nobody would ever get forget, guests were also given a complimentary blindfold keepsake inspired by one of the most iconic scenes in the series. How’s that for memorable?

Please feel free to use and share any/all of this event recap and photos in any coverage. 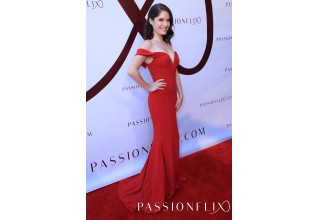 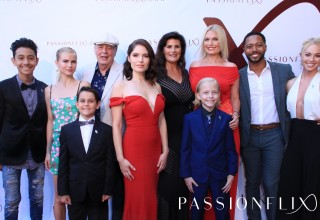 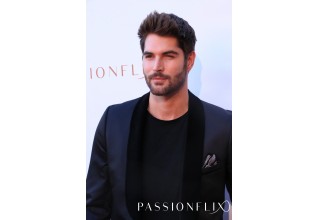 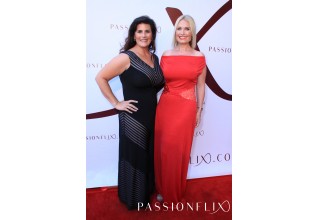