Orange County based Get My Auto, a blog devoted to all things automotive, shares exciting news about used car sales trends. 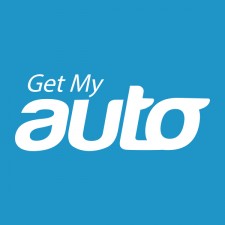 Irvine, CA, September 8, 2016 (Newswire.com) - According to the latest sales data, used vehicle sales have been fairly strong in 2016​—despite all predictions to the contrary. What was supposed to be a year of decline for the used car market has been a reasonably steady one, largely on the basis of used pickup demand. In a new statement to the press, Orange County-based Get My Auto comments on these unexpectedly strong numbers.

There are a couple of reasons why 2016 was expected to be bad for used car sales. The first is that new car dealerships have offered increasingly good consumer incentives. Additionally, used car markets have been flooded with inventory, including many used vehicles just coming off lease.

According to the report from Motor Trend, “analysts initially predicted a slump in the used car market because of a glut of vehicles coming off of lease. [The report] estimates 3.1 million off-lease vehicles to enter the market by the end of 2016, an increase from 2.3 million last year. That said, experts predicted used car values would slide 3 to 5 percent this year.”

This hasn’t panned out as experts thought, despite dips in the sale of subcompact and mid-sized vehicles. What’s held the used car market aloft, and led to a better-than-expected year for sales, has been the demand for used pickup trucks. “Consumers are looking for rugged and reliable vehicles for affordable prices, and that’s something that used dealerships have been able to provide them,” comments Get My Auto.
The question is, how will the back stretch of 2016 compare to the strong first half sales?

“Many experts believe that the decline in used car values is still on its way,” Get My Auto reports. “With that said, 2016 has bucked expectations once already, and there’s no reason to think it cannot do so again.”

Get My Auto of Orange County is an informational website about used vehicles. Its aim is to educate consumers about their pre-owned vehicle choices. Content on the site includes automotive reviews, cost data, and general tips about seeking out and purchasing used vehicles. More information can be found on the Web at www.getmyauto.com. Get My Auto is headquartered in Orange County, California. Additionally, Get My Auto can be contacted at: