Developed by Caramba Apps, Nose Ball uses TrueDepth camera technology to provide an unparalleled mobile gaming experience where players use their own face as the controller. Nose Ball is available now for iOS devices. 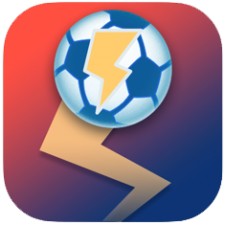 CUPERTINO, Calif., May 12, 2020 (Newswire.com) - Mobile gamers of all ages have been turning their noses up at “Nose Ball - Face Detect Game” for iPhone and iPad. The fresh, fun, and innovative gaming experience for 2020 is the first augmented reality face recognition game for iPhone and iPad that allows players of all ages to automatically use their face (specifically their nose) as the controller.

Taking advantage of augmented reality and Apple’s TrueDepth camera technology — the infrared emitter that invisibly projects over 30,000 dots to map real-life objects in perfect 3D — Nose Ball automatically maps a special controller to a player’s nose which moves seamlessly as they physically move their head. Players must move their nose to bounce a virtual ball, hit bonuses, and prevent the ball from falling to spikes below.

We feel that the potential of TrueDepth technology expands beyond just FaceID. Nose Ball demonstrates the possibilities, and fun, of combining TrueDepth and Augmented Reality within gaming.

Spokesperson on behalf of Caramba Apps.

A game of co-ordination, and hilarity, players score points based on how many times they bounce the ball and which bonuses and blocks are hit. Everyone can compete for the best high-score via a global leaderboard, and aim to become the best “Nose Ball-er” in the world.

Yet the fun doesn’t stop there! Players can also obtain a “Nose-Job” to unlock and choose from 25 funny noses including clown, pig, dog, monkey, and even elephant. Each nose has its own game-play characteristics as well as unique design style — providing endless fun and challenges.

“We wanted to create a new gaming experience that used real physical interaction,” commented a spokesperson on behalf of Caramba Apps. “We feel that the potential of TrueDepth technology expands beyond just FaceID. Nose Ball demonstrates the possibilities, and fun, of combining TrueDepth and Augmented Reality within gaming.”

Nose Ball is compatible with iPhone and iPad and requires a device with a front-facing TrueDepth camera.

Based in the Netherlands, Caramba Apps develop apps for the iPhone, iPad and Apple Watch. They focus on innovative entertainment and utility apps and currently have 15 apps live in the App Store.

We specialize in app-related marketing and advertising. Through our refreshingly affordable and impressively effective solutions, we help clients around the world promote their unique apps to a large number of targeted journalists, websites and more.