FARGO, N.D., July 10, 2018 (Newswire.com) - While many of their friends are out at the pool or working at their first summer job, fifty-some students from around North Dakota and Minnesota journeyed to the North Dakota State University to learn more about cybersecurity. The students learned about programming and how to secure computers and networks, in a summer camp environment. The "GenCyber" camp is funded by the National Security Agency and National Science Foundation and is free to participants.

The camp gives students a taste of the excitement and fun of computing and cybersecurity in the hope that they’ll decide to go on to pursue additional education and even a career in these areas. Workers in these areas are in high demand, nationwide, as well as critical to national security, leading to the creation of this program. This is the first time a GenCyber camp has been held at NDSU and the first GenCyber camp in North Dakota, though camps have been previously held in neighboring states including South Dakota and Minnesota.

The camp combines the fun of a summer camp with the educational value of a course. The students get to be hands-on with networking equipment, security devices, virtual reality, drones and a ton of other cool technologies. In the process, they learn a ton - while having a ton of fun.

“The camp combines the fun of a summer camp with the educational value of a course,” commented NDSU Computer Science Asst. Professor Jeremy Straub, who also serves as the Associate Director of the NDSU Institute for Cyber Security Education and Research. “The students get to be hands-on with networking equipment, security devices, virtual reality, drones and a ton of other cool technologies. In the process, they learn a ton – while having a ton of fun.”

GenCyber has brought students from across the state and Minnesota to the NDSU campus for the one week camp. Students from Ada, Bismarck, Dickinson, Grand Forks, Lakota, Minot, Valley City, Wahpeton are attended, in addition to those from Fargo and Moorhead. The camp has 53 students enrolled ranging in age from 13 to 19.

Campers learn about core networking, security, and programming topics most mornings and participate in electives of their choice in the afternoons. On Monday afternoon, they were challenged by a cybersecurity scavenger hunt across the NDSU campus, where they had to decipher clues to find subsequent ones. They also participated in numerous hands-on activities and attended short classes. They got to watch the movie War Games and have fun in the NDSU pool and Wellness Center.

"It gives us so much freedom, it's not just copy paste," commented Austin Bosch, a 17-year-old student from Bismarck. "The stuff that we are learning we can take it with us and do something with it."

In addition to Straub, NDSU faculty Simone Ludwig and Pratap Kotala taught sessions for the camp. South Dakota-based Dakota State University also sent a delegation to help run the camp. The camp ran from June 25 to 29. NDSU plans to hold a similar camp again next year. 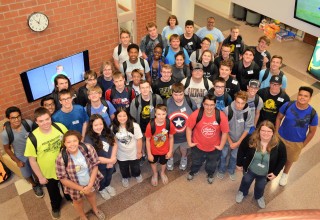 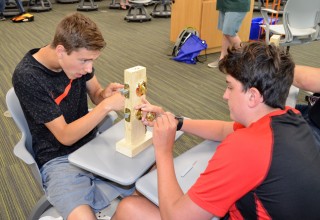 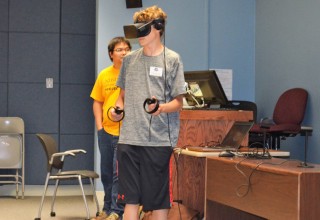 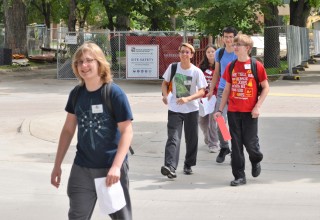