FARGO, N.D., September 13, 2017 (Newswire.com) - Contribution to society is a big theme in the Computer Science Department at the North Dakota State University. Leading the charge is Department Chairman Kendall E. Nygard who, in addition to sponsoring the Nygard Scholarship for Computer Science students, has recently pledged $10,000 to encourage matching donations from others. For Nygard, 'giving back' goes beyond monetary donations. He was honored with the Fargo Chamber of Commerce's Distinguished Faculty Service Award, in 2016, recognizing his "substantial service contributions to the community and the region." He also served as a Jefferson Science Fellow to the U.S. State Department's USAID program, where he used his scientific skills to advance the agency's mission of ending extreme poverty and promoting resilient, democratic societies while advancing American security and prosperity.

While both the depth and breadth of activities in the department are impressive, perhaps the unsung hero of volunteering in the department is staff member Guy Hokanson who, among other things, has served as director of the North Dakota Science Olympiad for numerous years. This event brings 750 middle school and high school students and 150 volunteers to the NDSU campus and is one of the largest NDSU outreach events each year. Despite being the 4th least populous state, the North Dakota event typically ranks number 16 in the country, in team participation, each year. This is, in no small part, due to Hokanson's efforts.

"I am so very proud of the many examples of department faculty and staff giving back," said Nygard. "One excellent example is the North Dakota Science Olympiad, which staff member Guy Hokanson has organized so professionally for many years. These activities build on our mission, first and foremost, to consistently deliver very strong programs in both Computer Science and Software Engineering at both the undergraduate and graduate levels."

Department activities don't just focus on helping the next generation. Some have a broader focus.  Students in Lecturer Alex Radermacher's Modern Software Engineering class are helping the Sugarbeet Research and Education Board by developing a piece of software that will help them monitor and increase the effectiveness of the funds that they grant.

"It provides an opportunity for organizations to get a software system to aid them in their mission," said Radermacher. "It also lets students have an opportunity to develop a system for a customer."

The NDSU Computer Science Department was founded in 1988 (though computer science courses were offered as part of Mathematical Sciences since 1973). It occupies 7,460 square feet in NDSU's Quentin Burdick Building and has approximately 600 graduate and undergraduate student majors. 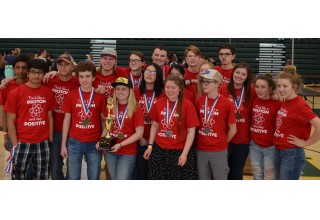 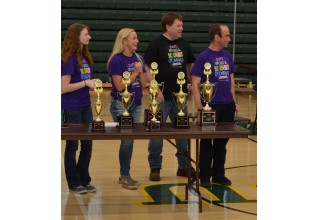