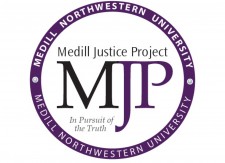 EVANSTON, Ill., December 21, 2016 (Newswire.com) - The Medill Justice Project premieres its first documentary about the death penalty, examining the life and death issues through the lens of the William Thomas “Tommy” Zeigler murder case. This is the third part of the “Death Denied” series investigating the 40-year-old conviction.

In 1976, Zeigler was convicted of a quadruple homicide at his Florida furniture store, a crime he maintains he did not commit. Zeigler, 71, is one of the longest serving death-row inmates in the country.​

The video, “Sword of Damocles,” is available at www.medilljusticeproject.org.

In June, MJP published its investigation of the case, shedding light on two witnesses who call into question Zeigler’s guilt but whose accounts never made it into the trial. Prosecutors argued Zeigler shot himself in the lower torso to make it appear he was the victim of a robbery. But experts say it is practically unheard of for someone to shoot themselves in such a critical place, risking death, to cover up a crime. And the two key witnesses against Zeigler offered accounts of the night of the crime that have changed over the years while details have disappeared.

In July, MJP released a seven-part podcast series offering listeners exclusive access to its investigation of the case.