Ballistics Evidence Points Away From Prisoner Tommy Zeigler, Experts Say. Zeigler's fate is in play as he seeks new DNA testing in the wake of a U.S. Supreme Court decision striking down Florida's death penalty. 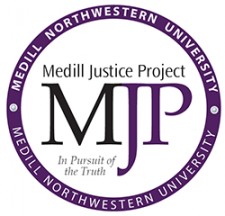 ORLANDO, Fla., June 13, 2016 (Newswire.com) - ​​​​​​In an investigation of a 40-year-old Florida murder case, a team of Northwestern University undergraduate and graduate students has discovered significant details overlooked in the case and ballistics evidence that points away from Tommy Zeigler, who was convicted of the crime. The students’ investigation (www.medilljusticeproject.org) also found conflicting accounts from key eyewitnesses that raise questions about what happened when four people were killed in a bloody massacre in a furniture store in Winter Garden, near Orlando, Florida.

“What the students have uncovered is remarkable and significantly challenges the conviction of a man who faces the death penalty,” said Northwestern University Prof. Alec Klein, director of The Medill Justice Project, who oversaw the 10 students’ work as part of a class he teaches.

"What the students have uncovered is remarkable and significantly challenge the conviction of a man who faces the death penalty."

Among The Medill Justice Project’s findings:

Other media outlets can run this story with the accompanying photos, videos and audio clips as long as the material is not edited and The Medill Justice Project is credited in the byline.