Pittsburgh man serving a life sentence in the wake of a recovered memory from the victim's son, who was 5 at the time of the killing 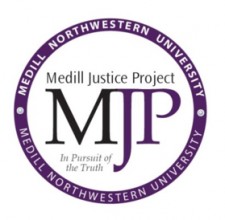 PITTSBURGH, Pa., April 6, 2017 (Newswire.com) - In an examination of a 1975 murder in a darkened basement, a team of Northwestern University undergraduate students discovered inconsistencies in police and witnesses’ reports, calling into question who saw what and whether the convicted killer pulled the trigger.

The case went unsolved for years. In 1990, the victim’s son approached authorities saying he suddenly recovered a memory of the night of the murder that placed Steven Slutzker, a neighbor, at the scene. A reexamination of the case led to Slutzker’s arrest, conviction and life sentence. Slutzker, 66, has always maintained his innocence.

As part of the investigation, students combed through thousands of records and interviewed witnesses, authorities and others. In an interview for the story, one witness said a police report is “completely wrong.” In another interview, a then-police officer and his wife said the victim’s son was asleep the night of the shooting and could not have seen the assailant.

“What the students uncovered is remarkable, given the age and complexity of the case, and it deserves to be reexamined by authorities because of the significant discrepancies unearthed,” said Northwestern University Prof. Alec Klein, director of The Medill Justice Project, who supervised the students’ work as part of a journalism class he teaches.

The in-depth story published today is the third part in a series titled “Stranger Than Fiction?” and is available at www.medilljusticeproject.org.

In March, MJP published a story exploring the recovered memory in the Slutzker case as well as the broader debate surrounding the issue. Earlier this month, MJP released information about over 100 cases throughout the world involving accusations based on recovered memories in what is believed to be the most comprehensive publicly available database of its kind.