For Food Industry Players Looking for Opportunities to Gain Market Share, Israeli and Jewish Foods Are Ready for Their Close-Up

JACKSONVILLE, Fla., August 30, 2017 (Newswire.com) - According to independent research from Kosher Network International (KNi), as of 2017, the kosher market has reached 12 million consumers, has a global market value of $24 billion, and remains the most popular product claim on food items — remaining the leader despite dramatic increases in organic and gluten free labeled merchandise. By 2025, KNi estimates the total value of the kosher market will grow 11.5%, and kosher items will remain a strong driver of basket size, maintaining a three-fold dollar value over baskets that do not contain kosher items. Deborah Shapiro, Vice President of Kosher Network International, states "the average basket of a kosher consumer is $75 on bi-weekly trips or $200 on single weekly trips and only 10% of these baskets come from the specialty kosher sections. The rest of the basket is filled with mainstream grocery items that have adapted kosher certifications. Having the right kosher items in your store can drive total store sales."

Israeli and Jewish food are trending. Compared to last year, internet searches for Israeli and Jewish food recipe searches have increased by an average of 45%. Couscous, ptitim, challah and Israeli salad are the most popular Jewish and Israeli recipe searches in Google. In the New York area alone, Israeli recipes like tahini, shawarma, and shakshuka have all risen in searches by greater than 100%.

KNi's media holding, JOYofKosher.com, has seen an over-100% increase in traffic over the last year during peak holidays and 50% YoY during off-peak seasons, with page views up to 6M per month with 60% of traffic coming through direct searches. Video views have increased from a few hundred thousand to almost one million views per month. Interest is not only coming from the U.S. and Israel, but a strong following is appearing in Canada and Australia as well. Over two million new unique patrons came to JOYofKosher.com this past year. The majority of that new audience is what Jamie Geller's JOY of KOSHER is calling "millennial parents," young adults from the 25-35 year-old age range with children. The full JOY of KOSHER following is very diverse including African American, Caucasian and Middle Eastern men and women between the ages of 25 and 64, showing that kosher is not a niche food category anymore. While the website is named after the kosher diet it follows, it features recipes from all spectrums of specialty diets — including gluten-free, dairy-free and vegan. The terms "Jamie Geller" and "Gluten Free" are the 5th highest ranked closely coordinated search keywords and follow the same trend line, with only a 0.88% variance, for the entire year. Still, the most popular among the 8,000 kosher recipes continue to be those of Jewish or Israeli origin such as kugel, chulent and challah.

"What is surprising," states Shapiro, "is that many manufacturers go through the expense of getting a kosher certification, then do nothing to tell the kosher consumer that their product is kosher. It's a missed sales opportunity to a fast-growing consumer base that is more diverse now than ever."

Whether it is by resonating with the ever-changing kosher consumer through the content it creates or by guiding companies to trade more effectively through the marketing and merchandising channels it opens up, KNi is the #1 network for engaging and selling to the global kosher marketplace. 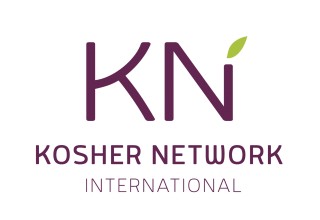 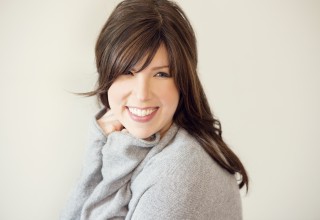 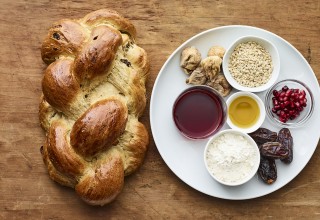 Kosher Network International is both a state of the art consumer insights firm and a soup-to-nuts custom content network that fuses traditional media with the latest in digital.