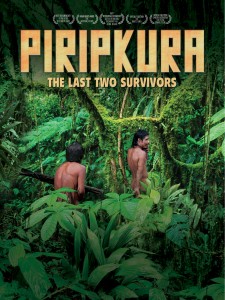 LOS ANGELES, December 4, 2018 (Newswire.com) - A new documentary shares the first footage of the uncontacted Piripkura tribe, located in the Amazon rainforest, home to more uncontacted tribes than anywhere in the world. Capturing unprecedented footage of peaceful contact between the sole survivors of the Piripkura tribe and governmental workers, "PIRIPKURA" is released today on DVD & Digital Streaming in the U.S. and Canada by Cinema Libre Studio. Winner of the IDFA Human Rights Award, and Best International Documentary at Docville, the Oscar®-qualified "PIRIPKURA" documentary puts faces to the tragedy of human and cultural loss imposed upon Indigenous peoples through violence, logging, and land seizure in Brazil.

Filmmakers Mariana Oliva, Renata Terra, and Bruno Jorge trekked deep into the Mato Grosso region of Brazil accompanying Jair Candor, a coordinator with FUNAI (National Indian Foundation) the Brazilian government body that establishes and carries out policies relating to Indigenous peoples, capturing the remarkable footage. Known by surrounding tribes as the Piripkura or 'butterfly people' named for their nomadic nature and constant movemement throughout the forest, Jair must find evidence of the Piripkura peoples' survival every two years in order to maintain their protected status. A nephew and uncle, Tamandua & Pakyî, are the last two remaining members.

Tamandua & Pakyî have only one additional surviving family member, Rita, who left the nomadic way of life following the loss of most of her family to violence against Indigenous peoples in the region. The trust built with Jair over nearly three decades of contact with Rita, and maintaining the Piripkura's protected status, allowed Tamandua & Pakyî, for the first time, to initiate contact with Jair on his latest trek into the forest; an interaction that led to days of consensual contact, captured on camera.

The film is being released by Cinema Libre Studio, as the recently elected Brazilian President, Jair Bolsonaro considers putting the farm ministry in charge of Indigenous people. According to Reuters, fights over land resulted in the killings of 71 activists and indigenous people in 2017, which was the bloodiest year since 2003.

With the recent death of a Christian missionary killed by the Sentinelese tribe when he illegally entered their land, risking their health and survival, "PIRIPKURA" provides a timely look into the life of such tribes after mass violence or disease has wiped out their population, but an example of how protection and care can and should be afforded to them.

The last two surviving members of the Piripkura people, a nomadic tribe in the Mato Grasso region of Brazil, struggle to maintain their indigenous way of life amidst the region’s massive deforestation. Living deep in the rain forest, Pakyî and Tamandua live off the land relying on a machete, an ax, and a torch lit in 1998. Jair Candor, a coordinator with the Brazilian Foundation for Indigenous People, made contact in 1989 and arranged for protected status which must be renewed every two years. As time runs short, Candor and the camera team trek deep into the uninhabited region to find traces of the men as the systemic violence used against indigenous Amazon people is revealed a situation likely to become more perilous with Brazil’s newly elected President.

ABOUT CINEMA LIBRE: Cinema Libre Studio is a full-service mini-studio known for producing and distributing high quality feature films and social impact documentaries. Headquartered in the Los Angeles area, the team has released over 200 films and has recently acquired the Marion Cotillard drama “Angel Face,” an Official Selection of the 2017 Cannes Film Festival. 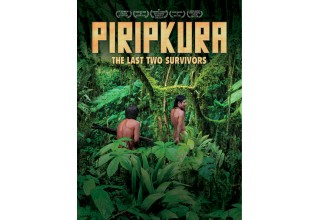 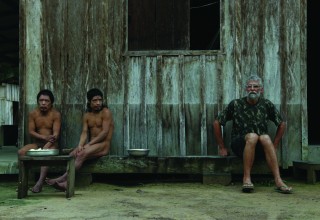 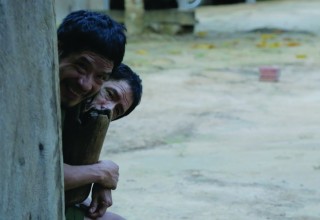