Fight to Fame Films to Finance 'When We Pray', Developed With Jamie Foxx

LOS ANGELES, March 19, 2020 (Newswire.com) - Fight to Fame Films and Cinema Libre Studio will finance “When We Pray,” a faith-based feature film developed with Jamie Foxx, who is in discussions to direct.

“When We Pray” is about two brothers who become pastors at different churches in the same community. One brother develops his church into a modern, high-tech congregation that uses digital devices and ATM machines. The other brother follows a humbler path but soon finds his church in decline and in need of financial help.

The screenplay is written by Foxx and Donald Ray "Speedy" Caldwell, who collaborated with Foxx previously.

Foxx and Caldwell are currently polishing the script with production scheduled to start before the end of the year.

Fight to Fame Films will finance and Cinema Libre Studio will produce in collaboration with Jamie Foxx.

The deal was negotiated by Philippe Diaz, founder and Chairman of Cinema Libre Studio, who also serves as President of the Fight to Fame film committee, with the involvement of Rodney Mason from Fast Mouse Films who will serve as Executive Producer.

Diaz says, “It’s a great honor to work with such a talented and passionate man as Jamie Foxx and I’m pleased to have our new, Fight to Fame partners onboard, which will give Jamie the total freedom to make this film which is close to his heart, thus launching this new unique collaboration.”

Carrie Wang, Chairman of Hong Kong-based Fight to Fame Films says, "Jamie Foxx is a Hollywood superstar--but audiences around the world love him as well. Our strong relationships in China and other Asian countries will ensure that "When We Pray" will be enthusiastically received by Asian moviegoers."

About Fight to Fame Films

Fight to Fame Films is a financing entity part of the Fight to Fame group which is comprised of international investors, including Chinese partners. The group organizes combat sport tournaments around the globe to identify the next generation of action movie stars regardless of skin color, language or religion. Fight to Fame Films will finance several films a year, from low to high budget, with a focus on developing action film franchises in which this new generation of action stars will act. 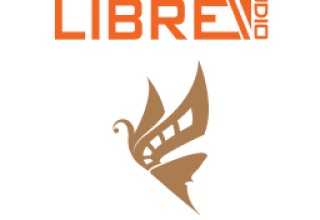 Creating Woodstock: As the Future of Woodstock 50 Remains Uncertain, a New Documentary Shows How Festival Founders Made the Unimaginable Possible in 1969 in New Documentary
Cinema Libre Studio - May 21, 2019