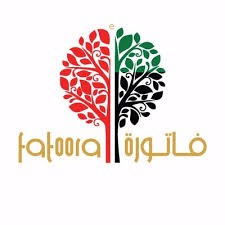 e-Mal caters to both micro and macroeconomic segments by creating a hub which promotes financial transactions using blockchain technology at minimum costs to the un-banked and migrant population of the United Arab Emirates. Such financial hubs/exchanges are yet to be developed in the Smart Economy. e-Mal is creating it and transforming the concept into a reality. The e-Mal financial hub will not only allow cross-border transfers but will also act as a trading hub for international exchanges and digital currencies. e-Mal aims to build a society where financial inclusion and betterment of standard of living is a priority. Whether it be employers, consumers or migrants, e-Mal is the infrastructure and platform which bridges the gaps while making sure that today's digital economy is run with green and eco-friendly initiatives. The e-Mal products can be used by everyone.

Emirates Telecommunication Group Company PJSC, branded trade name Etisalat, is a multinational Emirati-based telecommunications services provider, currently operating in 16 countries across Asia, the Middle East and Africa. The Etisalat Business Pitch is a recognised platform to encourage small and medium-size businesses less than two years old to pitch their businesses to industry leaders. The jury included esteemed Binod Shankar, Mustafa Kheriba and Craig Moore. Following the rigorous selection process, e-Mal has been selected and invited to present on the April 29, 2018.

"e-Mal is not just another financial product. We aim to create a smart financial hub on blockchain converting a whole freezone into a digitally empowered district. We have a fully fledged roadmap with huge partners who have supported us and empower our vision and products. e-Mal was born following the green initiatives of eFatoora and as a collaboration, we aim to create a huge impact supporting the Smart Dubai vision of 2021. I thank our team, respected sponsor and board who have offered overwhelming support with the launch of e-Mal," said Yasmine Khan, CEO and founder of e-Mal/eFatoora Dubai.

e-Mal supports the Dubai Blockchain Strategy vision, launched by His Highness Sheikh Hamdan Bin Mohammed Al Maktoum, and is a result of a collaboration between the Smart Dubai Office and the Dubai Future Foundation to continually explore and evaluate the latest technology innovations that demonstrate an opportunity to deliver more seamless, safe, efficient and impactful city experiences. The Dubai Blockchain Strategy will help Dubai achieve the vision of His Highness Sheikh Mohammed bin Rashid Al Maktoum to create the future of Dubai and make Dubai the happiest city on Earth.