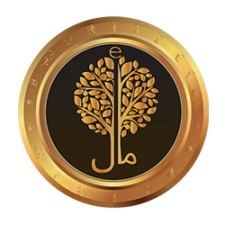 DUBAI, United Arab Emirates, July 10, 2018 (Newswire.com) - eFatoora officially launches, e-Mal (Dubai’s very own e-Money Fin-Tech Platform based on Blockchain), a smart Economy on Smart Contract on the 16th of July 2018. The e-Mal ecosystem is based on the blockchain technology and has been under development since early 2018 (completing R&D in 2017). Under the eFatoora umbrella, e-Mal thrives and follows the UAE’s agenda of “City on the Blockchain” and is committed to a “Sustainable Environment”.

e-Mal platform is a blockchain-based digital wallet which is a store of Fiat and Digital Currencies in one place. The architecture of the e-Mal platform links Financial Services and Utility Services on the one platform creating full-fledged, blockchain based (written in Smart Contracts) transaction hubs. e-Mal Coin, launching as EML Token will be the digital currency of e-Mal, which is the enabler of e-Mal Digital wallet and services onboarded on each of the hubs. For the first time, a digital wallet is launched with a ready Merchant onboarding platform, catering to the Merchants/ Service providers dashboard and reporting requirements along with enabling them to the digital economy and take part in secure transactions stored in unique blocks on the blockchain and ready to use.

We are proud to officially launch the e-Mal Platform and Wallet in the Year of Zayed and further, we march along with the UAE's strategies to play a part in the Economic Development of the UAE.

UAE’s residents, both foreign and local population, will be able to take part in the next generation fin-tech platform and have access to various financial services and utilities through the e-Mal Wallet. Within the e-Mal Digital Wallet, retailers can utilise the e-Mal Information Centre where e-Mal bring loyalty programs and subscription programs for various products and services.

Yasmine Khan, Founder and CEO of e-Mal stated – “e-Mal is not just a project we took on to chase the next blockchain project, it is a step towards aligning eFatoora’s ethos and mandate to another innovative and next-generation developments. We are proud to officially launch the e-Mal Platform and Wallet in the Year of Zayed and further we march along with the UAE’s strategies to play a part in the Economic Development of the UAE. We work on inclusion in all terms, and we launched our Women in Tech campaign in March 2018 and are proud to connect e-Mal’s Launch and Women in Tech initiative together. I believe one of the underlying reasons and root causes of why there is a gender-gap in tech is due to Societal Influences and biases, and I want to take this opportunity to set an example of the fact that an idea can be transformed into reality with passion, hard work and commitment.”

The details of technology stack used and the token platform has not been shared as of now, but a confirmed statement has been made by Yasmine Khan (CEO/Founder) regarding regulation of the e-Mal Token (EML) and it playing the role of Fiat Currency in the digital world. It has been further stated –

“e-Mal will continue to support Fiat Transactions in the UAE using Dirhams, we want to also enable UAE to the Global Digital Platform. It is believed and proven time and time again that Dubai leads by example – not just within the Emirates but globally. e-Mal aims to lead UAE’s economy to the Smart Economy platform aligning with the strategic agenda” – Yasmine Khan.

The hubs within the e-Mal wallet is named as e-Mal Fin-Hub which lists various Financial Services such as Smart Finance, Cross Border Remittances, Peer to Peer transactions and various Insurance and exchange services. Further, it has been stated that the e-Mal Financial Ecosystem is fully run on the blockchain, where each transaction is unique and cannot be tampered with, thus tagging each customer’s transaction in a way which is totally secured. Through writing sophisticated smart contracts, e-Mal token will be used as store or value and a medium of exchange to assist such financial transactions. The token system is designed with layers of and various conditions which allows seamless transfers across International exchanges. The benefit of this hub is to create real financial value to the end user in terms of performing regular, day to day transactions. The platform is extremely user-friendly and has been tested in a real environment to ensure its usability and security.

Further, a Utility platform called the e-Mal U-Hub has been developed to bring onboard third-party service providers listing various services and products to engage with e-Mal consumer base and take part in the digital economy.

The e-Mal Coin is a Digital Currency which will be pegged to a Fiat. The CEO/Founder of e-Mal, Yasmine Khan stated, when asked about the token – “We have a full-fledged and verified token economy which takes into consideration main economic indicators unlike any many other digital currencies. Our token has a purpose, it will be a medium of exchange for which we have ensured it is regulated and which will promote positive trader sentiment across the digital platform. We will release more information around the token and its use in the coming weeks. But we do believe that the time is now to start bringing the Digital and Non-Digital work close together before it’s too late to connect the fast-growing market gap.”

e-Mal has performed mandatory tests and acquired required approvals before officially announcing its features and products. There is a race against time in the Dubai market to build and run blockchain based platforms. e-Mal promises a full-fledged financial and utility ecosystem along with a token generation system transforming or enabling transformation of various organisations within the UAE to be on-boarded on to the platform and being one step closer to the digital economy. It is expected to see e-Mal representatives making its first formal launch on-ground Zero, onboarding various merchants and consumers in the coming weeks. There will be various ongoing commercial and government partnership announcements on the 16th of July 2018 following e-Mal’s official launch.