Discoperi Will Compete for a US $1,000,000 Investment Prize in San Francisco

Discoperi, a Ukrainian-based startup that developed a smart IoT device to predict and prevent car accidents, has won the Startup World Cup 2019 at the World Blockchain Summit in Singapore. Startup World Cup is an event powered by Fenox Venture Capital that is organized to supporting and encouraging the world's most prominent entrepreneurs.

MADRID, July 24, 2018 (Newswire.com) - Last week one of the biggest blockchain events — The World Blockchain Summit — has run a regional event for the Startup World Cup, a global startup pitch competition with a US$ 1,000,000 grand prize. Seven startups delivered their pitches to judges, but only one has gained the main prize. This time judges chose a Ukrainian startup Discoperi and its blockchain-based product System "Eye" that can increase the drivers’ safety and reduce the number of car accidents.

System "Eye" is an intelligent IoT device that combines evolving AI algorithms, big data, and a cloud-based Data-Transaction-Platform (DTP). Based on the blockchain technology, ‘Eye’ allows ecosystem members to transact their data with each other in a secure, transparent, and confidential way.

I was sincere and shared my thoughts about the current situation in the motor vehicles market. I truly believe that we should set the focus solely on the drivers' safety.

In 2019, Discoperi will have a chance to pitch System "Eye" at the Grand Finale in San Francisco and compete for its main investment prize — US $1,000,000. 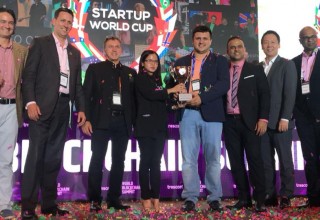 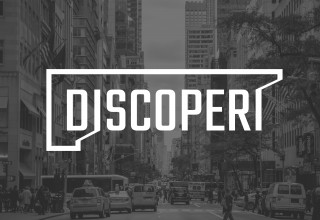 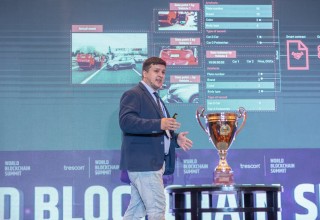 INCRYPTICO is a full-service marketing agency for the blockchain-powered products.

An Award-Winning Startup, Discoperi, Looking to Save 300,000 Lives Annually
Discoperi, one of the top innovative startups in the automotive industry, has released the first of its kind smart system called System "Eye" that is able to predict and prevent car accidents. System "Eye" is an IoT device that is based on AI algorithms, big data analysis, and blockchain technology.
INCRYPTICO - Jul 23, 2018

System 'Eye' by Discoperi Can Save 300,000 Lives per Year
Discoperi is about to become a new revolution in the automotive industry. Its product — System 'Eye' — is an existing solution that has already received solid international recognition.
INCRYPTICO - Jul 16, 2018

Discoperi to Decrease the Number of Car Accidents by 25%
One of the most promising automotive startups Discoperi has created a unique solution System "Eye" that aims to increase the drivers' safety and significantly reduce the number of car accidents worldwide thanks to AI-algorithms and blockchain technology.
INCRYPTICO - Jul 12, 2018