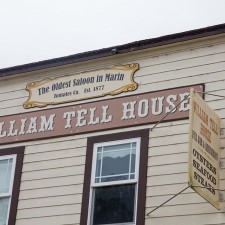 TOMALES, Calif., November 12, 2018 (Newswire.com) - ​Ted Wilson II, the owner of Metal and Match Catering Co. and the Alice Collective, didn’t have a master plan to expand his culinary presence to West Marin. But when the opportunity presented itself and all the stars aligned, he realized it was an opportunity he needed to seize.

Ted Wilson is no stranger to opening businesses and all the startup costs involved – including the number one expense to be tackled – occupancy costs. Ted is currently leasing space for The Alice Collective in Oakland and believes he got a pretty great deal. However, he recognizes from here on out, owning is the way to go.

I will never lease a property again. I want assets. I want to make my business stronger and more secure with ownership.

“I will never lease a property again,” declares Wilson. “I want assets. I want to make my business stronger and more secure with ownership.”

Wilson acquired the 147-year old historic saloon coined by locals as ‘the Tell’ in Tomales by utilizing an SBA 504 Loan administered by TMC Financing. “One of the biggest perks of the SBA 504 loan is the low down payment option, and that’s what initially got Ted’s attention,” explains Scarlett Sheldon, TMC’s Business Development Officer for the North Bay.

“With the 504 loan, you can secure financing with a down payment as low as 10 percent. Being that Ted’s business is new, he had to inject slightly more but was able to acquire the property with a 15 percent down payment. If he had gone the conventional route, he would have had to put down significantly more,” continues Sheldon.

The other aspect of the 504 loan which excited Ted was the below-market interest rate. “My loan is locked in at 5.29% for 20 years. That’s awesome. I’ll take that any day,” Ted happily reports.

The residents of Tomales Bay have been lacking a local place to gather since the Tell, the only saloon in town, closed last year. Ted is excited to give the locals their watering hole back. Soon after the Tell’s re-opening, Ted was surprised – yet delighted – to have the community writers group post up at the restaurant for the afternoon. According to Ted, that’s when it all became real.

Ted hopes to keep the Tell a local favorite by maintaining its simplicity and charm while incorporating a fresh take. One of the biggest changes The Tell will see is a fast-casual service and a new localized menu. Ted, along with the Executive Chef Austin Perkins, wanted to take advantage of the quality ingredients from surrounding farms, fields and beaches.

The menu will offer a selection of mussels from Tomales Bay, cod from Bolinas, oysters from Drakes Bay, blue cheese from Point Reyes, chicken from Petaluma, etc. Locals often know which neighbor of theirs is growing the produce on the menu and that makes all the difference. Ted is intensely passionate about making a positive impact on communities and his food sources reflect that.

One of Ted’s favorite details of the Tell is the beautiful mahogany bar, where they will be offering up a local favorite, vodka crans.  The bar also features signature cocktails crafted with local ingredients by mixologist, Ethan Terry.

The historic saloon has seen a number of owners throughout the years. Ted is excited to bring some new energy in while keeping the old time feel inside the saloon.

After Ted’s smooth SBA experience, he is excited to work with Sheldon and TMC once again. “Knowing property ownership is possible with only 10 or 15 percent down, I will absolutely be buying another property when the time is right.” 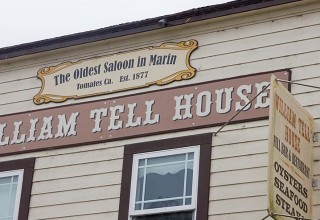 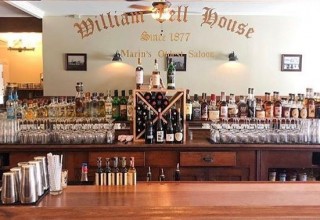 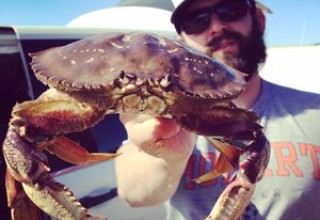