As Patrick N. Nunnelly, managing director of Braillo, states, "We are excited to announce and introduce the new Braillo 450 S2 and 600 S2, which complete our family of tractor feed/fanfold braille printers. Braillo understands that every business is different, and each of the S2 printers balance performance goals with budget requirements, without sacrificing quality."

The Braillo 450 S2 is a production braille printer designed for users that have increased output demands over the 300 S2 but do not need the high production of the 600 series printers. The Braillo 450 S2 shares the same chassis as the 300 S2, but internal components are upgraded to ensure superior dot quality and dependability. Embossing at 450 CPS (1,350 pages per hour), the 450 S2 will be a trusted, high-speed asset for individuals and businesses worldwide.

The new Braillo 600 S2 braille printer is the faster, more robust counterpart to the Braillo 450 S2. This embosser is specifically built to handle the further increased speed and braille production operating requirements that many customers demand. Embossing at 600 CPS (1,800 pages per hour), it is the fastest tractor fed/fanfold braille printer available, and it offers exceptional dot quality and consistency.

Whether starting a braille business or expanding to meet the demands of readers, Braillo has a production braille printer for all. From the 300 S2 to the 650 SF, Braillo has built the complete product line to be in sync with the varied performance and budget goals that customers have. While each Braillo printer differs in its features, construction, speeds and paper formats, they all have one thing in common: they are built to print superior braille and meet the rigorous demands of braille production day after day, year after year. Braillo printers are backed by an industry-leading three-year warranty and investing in a Braillo printer is an investment that will give decades of service. Braillos are built to last! 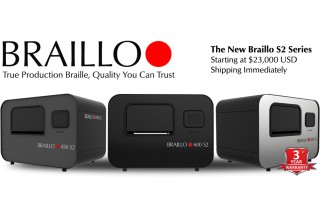 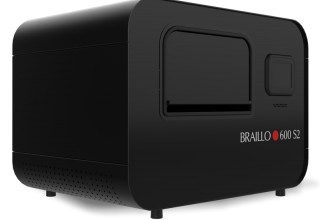 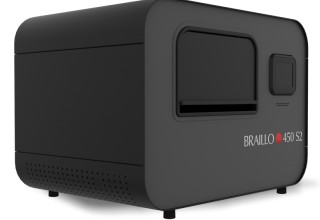 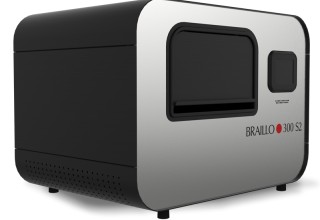 For over 30 years, Braillo has been the industry leader in true production Braille embossers. Our embosser construction and its Braille quality are simply unmatched.

The Only True Production Braille Printer Gets an Industry Leading Warranty
The Most Trusted Name in Braille Production Now Gives Customers The Industry's Most Comprehensive Warranty
Braillo - Jan 9, 2017
Newswire