BitForex Welcomes Mr. Chris Koerner to Its Advisory Board 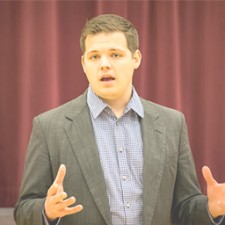 NEW YORK, July 24, 2018 (Newswire.com) - On July 24, 2018, the digital-asset exchange BitForex has announced that Mr. Chris Koerner has joined its board of advisers. The first time the Exchange worked with Mr. Koerner was during No BS Crypto token listing. Mr. Koerner is also an adviser of Ternio, a high-quality project also listed on BitForex.

While in college Mr. Koerner started several companies, one of which being a small regional chain of wireless repair shops called Phone Restore. After selling Phone Restore to a competitor, Chris founded his next company, LCDcycle, in 2012. LCDcycle is an eCommerce site offering wholesale parts and recycling solutions to wireless repair shops around the country. Within 3 years LCDcycle was doing $9M in annual sales and was profitable from the first year. Chris has raised 7 figures in venture capital and has two successful exits.

After first investing in Bitcoin in 2016, Chris could not stop learning about new and exciting blockchain applications. In 2017 Chris ceased working within LCDcycle full-time and launched No BS Crypto as his next venture. No BS Crypto is the world’s only crowdsourced solution to eliminating crypto frauds and scams. They also offer algorithmic trading strategies and other crypto educational tools.