NEW YORK, July 27, 2018 (Newswire.com) - BitForex has officially launched a 4-day Premium Sale of its BF Token on July 27, 2018 and also released related guidelines about it. The long-awaited BF Token finally unveils its mystery, which will be a “bombshell” thrown by BitForex to the market.

As a fast-growing native overseas exchange, BitForex has rapidly ranked among the global top 10 exchanges after a series of positive news. The launching of  BF Token has attracted considerable attention from users around the world. Rumors about the token’s detailed information and advantages are spreading like wildfire. But BitForex’s official website itself so far had announced nothing about it, and held the details about BF Token confidential. As a main event of BitForex in July, BF Token finally makes its related information known to the public.

Many well-known institutions have invested in BF Token strategically. More than thirty institutions such as Node Capital, Huobi Capital, LD Capital, DHVC and many Chinese medias such as Jinse Caijing, Huoxing Caijing, Bishijie, WeiLaiCaiJing, FinanceRun, KG, BTC123 also offered great support to BitForex’s BF Token. The cooperation with these investment institutions and strategic media partners set up a solid foundation for the initial construction of BitForex’s ecosystem and also endorsed the value of BF Token.

Top biggies in the fields of Finance, Internet, Blockchain, Artificial Intelligence etc. announced to be the advisers of BitForex, which will provide strong support from highly-talented professionals for the steady and sustainable development of BitForex, and also make it possible for BF Token’s value to rise in the near future.

BitForex will offer large mining rewards to trading users. Users can get 120 percent off of trading fees as shared rewards in the form of BF Tokens (80 percent for circulation, 40 percent for position).

80 percent of trading fees will be transferred to BF repurchase fund which will be used for repurchasing.

With the community concept of open, self-governing and sharing, BitForex positions itself to set up a transparent and innovative community exchange and promote the development of Blockchain. As a platform token, BF Token will simplify the internal procedure of BitForex ecosystem. The application scenario of BF Token will increase continuously with the expansion of BitForex’s ecosystem and the foundation of ecological features.

The particular community incentive mechanism of BitForex shares 24 percent of BF Tokens to the users in the community and makes it possible to set up a new kind of exchange which is open, self-governing and innovative. Each user holding BF Tokens is a participant and also the profit owner of BitForex.

Check the link and stay tuned for the Premium Sale of BF Token’s latest news: https://bitforex.com/activity_bfbidding 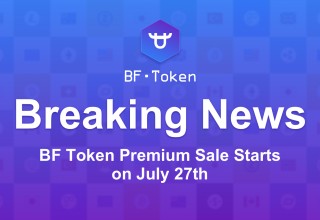 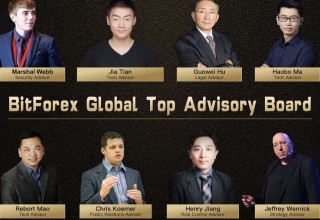 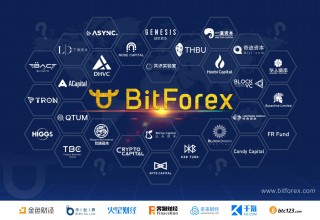