Beware of the Dangerous New Drug Being Abused by Youth 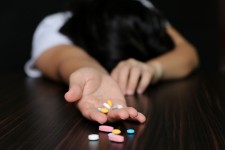 Los Angeles, California, October 11, 2017 (Newswire.com) - Most parents are familiar with the tendency of youth to start using alcohol or marijuana. But few would suspect their teenage children of abusing an anti-anxiety drug whose generic name is alprazolam.

It has long been common for those abusing opioids to add a benzodiazepine to their cocktail of drugs to intensify the effects they experience. But because both opioids and benzos suppress the body’s ability to breathe, this combination makes it easier to suffer a fatal overdose. The same with alcohol — a person who is abusing benzos or even taking them as prescribed, risks a fatal outcome if they also consume alcohol.

Incidents Reported in School after School

News services from every corner of the country have carried stories like these:

2016: The New York Post told the story of Aaron Dimler of the University of Minnesota who trashed his scholarship, football career, and school plans by abusing alprazolam. The night he was finally arrested, he took 120 times the usual dosage of this drug and then passed out.

2016: A news report from an ABC affiliate reported on three Carmel Valley, California, teens who had to be hospitalized after overdosing on this drug.

2016: Two students at separate Austin, Texas, high schools were found with the drug and charged with drug possession.

2017: Fox News reported two middle school students faced disciplinary action after distributing these pills to 16 eighth-graders who then became ill and needed to be transported to the hospital.

2017: Seven high school students in the Tucson, Arizona area, intoxicated with this drug, had to be taken to the hospital.

Telltale Signs that a Teenager May be Abusing Benzos

A young person abusing benzos is likely to show some or all of the following symptoms:

The Danger of Addiction

What makes abuse of this drug doubly dangerous is how addictive it is. According to the FDA-approved prescribing instructions, this drug is supposed to be used only for the most transient (passing quickly) panic attacks or periods of anxiety. The risk of addiction increases significantly if a patient is on the drug longer than 12 weeks.

If a person tries to withdraw from this drug or taper off the drug too quickly, even with a doctor’s help, they can experience seizures. Other symptoms of withdrawal include impaired concentration, muscle cramps, muscle twitch, diarrhea, loss of appetite, anxiety and insomnia.

Mixing this drug with any other drug that slows breathing or heart rate can endanger a person’s life. This includes mixing it with another benzodiazepine. Other drug combinations that can be fatal are:

The trend toward teens abusing this drug is something parents must know about if they are to keep their children safe.

Narconon (meaning “no narcotics”) drug and alcohol rehabilitation program is open to all who desire to end their addiction and lead productive drug-free lives.

The Narconon program not only addresses the debilitating effects of drug abuse on the mind and body, but also resolves why a person turned to drugs in the first place. As a result, tens of thousands have graduated from the Narconon program into new lives free from drug use.

In Mexico, Bright Hope for Drug-Free Lives Arrives With the Opening of Narconon Puebla
Narconon - Sep 20, 2018

Addiction: It's Never Too Late to Change Your Life
Recent graduate of Narconon Suncoast learned it is possible to put addiction behind you—for good
Narconon - Oct 24, 2017