NEW CASTLE, Del., February 16, 2018 (Newswire.com) - ‘Delaware Shore’ is about Agnes, a holocaust survivor who finds refuge on a Delaware beach and raises her abandoned grandchildren there. It brings a modern angle to the Holocaust survivor’s stories, showing everyone the effects that such atrocity can have on multiple generations of people.

Avocado Media LLC is pleased to announce that their movie ‘Delaware Shore’, directed by Raghav Peri, has successfully completed post-production a few months ago and began its festival journey. Raghav’s dream of speaking the issue and harsh reality in an artistic manner has paid off with 4 Wins and 4 Nominations at various International Festivals, and currently, looking to find the right partners for International Distribution at Berlinale-2018. The critic’s response to the movie has been truly positive, and the general audiences during the festival run also appreciated the manner in which events revolve at every stage of the projection. There’s good anticipation around the movie for public release.

‘Delaware Shore’ is about Agnes, a holocaust survivor who finds shelter on a Delaware beach and raises her abandoned grandchildren there. It brings a modern angle to the traditional approach of Holocaust’s survivor stories. It speaks to the generational consequences of this atrocity by weaving in present issues such as sexual and gender identity, teen pregnancy, violence and survival issues. All of them are omnipresent, featuring actual people and places in Delaware.

More information about the film can be seen in the interview with Director Raghav Peri, at http://hlc-cultcritic.com/raghav-peri.

After engaging in various discussions with multiple agents, Avocado Media is very excited to finally announce that ‘Delaware Shore’ has found official representation with the prestigious “House Of Film”, a Beverly Hills-based Sales and Distribution Company who has distributed 9 Oscar qualifying films in the past.

“We are extremely thrilled to partner with House Of Film which only acquire contents that meet with the highest standard in aesthetics. My Director Peri is also of the same nature in his approach towards filmmaking. I’m privileged to have worked with such great talent. This is the single most successful film for our company. I have seen the film multiple times already and love it. I will be waiting for the day to see the film in theaters with live audience,” Writer/Executive Producer Mr. Michaelangelo declared.

“Delaware Shore is an important and thought-provoking film. I’m so thrilled to see this overwhelming response to the film in the festival circuit. Thanks to my amazing cast and incredible crew. I’m very positive the audiences will love it when it comes out to the public. They will surely take home the characters and spirit of the film. It’s going to be little waiting though until we finish our festival run and secure international distribution. Just can’t wait to bring the movie to global audiences soon. Stay tuned!”, says Peri speaking in regard to his first feature film.

For more information about this film and for news on its release, guests can visit the official IMDB page of "Delaware Shore”.

Avocado Media LLC is a film production company based in New Castle, Delaware. Delaware Shore is the third project for the company, following the comedy The Wilmingtonians and the documentary Slavery’s Children. 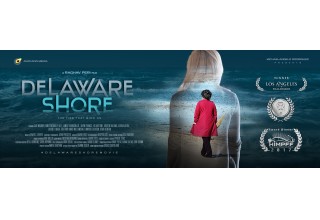 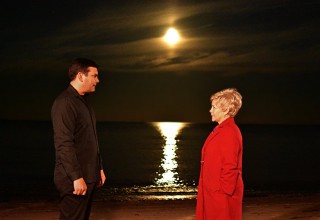 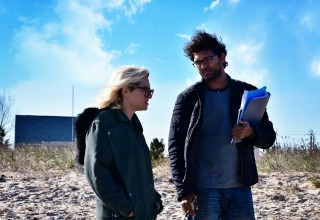 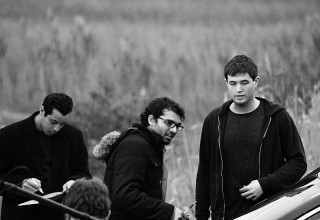