Efforts are also now underway to enable trucks to drive themselves – not in some distant future, but right now.  On October 20, 2016, an 18-wheeler carried a commercial beer shipment from Fort Collins, Colorado to Colorado Springs with no driver behind the wheel during the 120 mile leg of the trip on I-25.  Beyond such cool and dramatic demonstrations, there are also real, practical precedents in agriculture and mining where some heavy vehicles operate entirely without drivers.

Trucking technology still has a long way to go before we see trucks on the road without a human on board.  Currently, efforts are focused on less complex areas of on-highway operations.  Once the truck has safely entered the highway, the human operator engages the truck’s autonomous control and then assumes the role of on board decision maker rather than moment-to-moment driver.

To provide terms for the discussion of autonomous vehicle control, the National Highway Traffic Safety Administration (NHTSA) defines different levels of driving automation. The two levels that are relevant to the present discussion follow:

·       Level 4 is a full, self-driving vehicle, requiring no driver control other than someone to input the destination.  Such vehicles perform all safety critical driving functions and monitor roadway conditions for an entire trip.

·       Level 3 – “Limited Self-Driving Automation” – allows the driver to cede control of all safety critical functions under certain conditions.  The driver is expected to be available to take back control when needed.  All self-driving trucks demonstrated thus far, including the Colorado beer delivery truck, are Level 3 automation.

Developing strategies for sharing the road with other vehicles and people is a complex, serious challenge, and the technology to date is a work in progress.  Regulatory agencies and legal jurisdictions have not yet provided any specific requirements for autonomous technology.  The Federal Motor Carrier Safety Administration is mostly in a watch mode.

Trucks with their cargo are significantly heavier than passenger cars.  If not safely managed, the kinetic energy of an 80,000-pound truck traveling at 70 mph has the potential to do great harm. Controlling and reducing the kinetic energy in an accident can significantly reduce both personal injury and property damage.  This is one area where assisting the driver with smart, autonomous systems has great promise.

To create an autonomous truck requires the system level integration of numerous technologies.  These technologies include traction control, anti-lock brakes, electronic stability control, cruise control, power steering, engine and transmission controls, radar and camera systems, global positioning system (GPS) navigation, telecommunications hardware and the underlying data buses and software that support them all.  A major design consideration for autonomous trucks is a safe and secure command and control system.  As with all such systems in the present age, the system needs to be safe from malicious hacking and terroristic acts, a clear and present danger.

ATA Associates CEO, Robert Swint, was employed by NASA for 25 years.  He was the chairman of the Shuttle Avionics Integration Panel and the Project Engineer for the Shuttle Avionics Integration Laboratory.  While at NASA, he managed or participated in avionics tests employing hardware, software, and human assets to ensure system safety and reliability.  ATA Associates, Inc. now has a test service agreement in place with Jacobs Engineering to provide continued access to NASA test facilities.  Jacobs/NASA has test facilities (IPAS-Integrated Power Avionics and Software) that could be used in the testing of autonomous truck electronic systems to evaluate their design, performance and safety.

ATA Associates has proposed to the American Trucking Association that, as they develop the policies and guidelines for autonomous trucks, they consider system level integrated testing utilizing the capabilities available by way of our Jacobs/NASA connection.

Autonomous cars and trucks are here now.  Let’s do everything possible to make them safe. 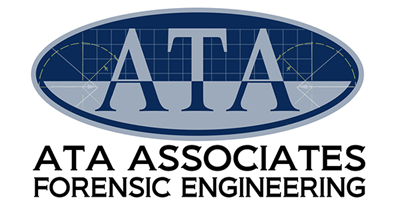 ATA and PHARMAFLIGHT Are Partnering to Contribute to a Future with Healthier and Safer Transport Fleets
ATA Associates, Inc. - Apr 1, 2022