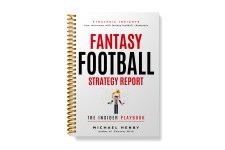 CHICAGO, August 13, 2019 (Newswire.com) - NFL training camps are in full swing for the 2019 football season, and the 60 million fantasy football players around the United States and Canada are prepping as well. With numbers like those, writers and commentators in sports media are weighing in with their own predictions and recommendations for the fantasy sports crowd. But author Michael Henby says that isn’t good enough.

Henby says the real experts are those who play in fantasy leagues each year, and they need to tap into each other’s knowledge. So, he is doing something about it. He is interviewing fantasy football players via an online survey to find out their strategies, frustrations, philosophies and how they plan to approach the 2019 NFL season. The resulting information will be compiled into what he is calling The Fantasy Football Strategy Report – The Insider Playbook and shared with all interview participants in late August – at no cost.

“It’s time to shake-up how we approach fantasy football and tap into the knowledge of our fantasy football community. Together, we have far more combined knowledge about this game than any group of so-called experts. But up until now, no one has tried to compile those invaluable insights,” said Henby. “Imagine how valuable the strategies of other fantasy football champions could be. If we share our know-how, we could have a resource that turns this game on its head.”

He has already interviewed more than 100 of his fellow fans. During the remainder of this summer, he is encouraging fantasy league players to join in and complete a 10-minute online interview at FantasyFootballInterview.com. Their insights will be included in the report, which he will distribute to them in time for fantasy football team drafts. The report will include:

·       Analysis of what separates champions from the rest of the pack

So, who exactly is Henby? For the past 25 years, he has played in a number of fantasy football leagues and won multiple league championships; authored a popular book that teaches people how to use the activity for career growth; been an expert fantasy sports resource for multiple major news outlets like USA Today, the New York Post and CNBC; and has spoken at Fantasy Sports & Gaming Association events.

“I’ve played and studied fantasy football for decades, yet I have learned more in the past several months from my fellow players than I probably ever did before,” said Henby. “It’s fascinating to hear the different ways that people approach the game, and I am excited to hear even more.”

To give an online interview and get a free report, go to FantasyFootballInterview.com. 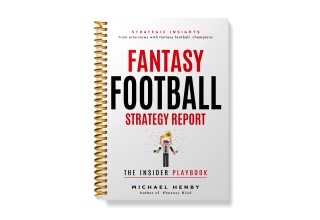 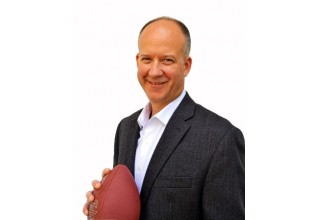 Amel Rose Gives Lovers of Hip Hop/Pop Something to Sing About With Release of New Singles, Tears for Ransom and Told a Lie on June 5 - Featuring Sharaya J and DJ Fredy Muks
KMD Freelance - Jun 3, 2020

Team of Engineers Launches Copper Clean™ and Puts Copper to Work in Fight Against Coronavirus
KMD Freelance - May 27, 2020
Newswire