Veteran-serving nonprofit appoints Thomas Bowman, Clint Romesha and John Vonglis to its board of directors 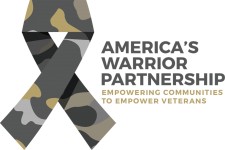 WASHINGTON, October 10, 2019 (Newswire.com) - ​America’s Warrior Partnership announced today the appointment of three new members to its board of directors: The Honorable Thomas Bowman, former U.S. Deputy Secretary of Veterans Affairs; Clint Romesha, Medal of Honor recipient and veteran of the U.S. Army; and The Honorable John G. Vonglis, former Chief Financial Officer of the U.S. Department of Energy. Their extensive service backgrounds will strengthen the nonprofit’s leadership in empowering communities with resources and partners to guide the development and implementation of customized support programs for veterans, their families and caregivers.

“The experiences and expectations of veterans change with each new generation, so we regularly look for fresh insights and expertise to enhance the knowledge and tools we provide to our affiliate communities,” said Jim Lorraine, president & CEO of America’s Warrior Partnership. “Tom, Clint, and John share decades of experience in serving veterans across every stage of their lives. Their perspectives will be invaluable as we continue to evolve our Community Integration service model.”

Thomas Bowman was commissioned in the U.S. Marine Corps in 1969 and retired as a colonel in 1999. His 30-year military career concluded after serving as Senior Military Assistant to the Assistant Secretary of Defense for Reserve Affairs and to the Under Secretary of Defense for Personnel and Readiness. Bowman’s post-military career includes several Congressional leadership roles, the most recent being his confirmation by the U.S. Senate to serve as the U.S. Deputy Secretary of Veterans Affairs on August 10, 2017. He remained in this role with the VA until his retirement on June 18, 2018.

Clint Romesha joined the U.S. Army in 1999 and became the fourth living recipient of the Medal of Honor during the Global War on Terrorism for his actions at the Battle of Kamdesh. After retiring from the Army as a staff sergeant in 2011, Romesha has worked in the oil and gas industry and traveled the country to speak about the unique experiences that veterans may encounter in their transition from military to civilian life.

America’s Warrior Partnership is committed to empowering communities to empower veterans. We fill the gaps that exist between current veteran service organizations by helping nonprofits connect with the veterans, military members and families in need: bolstering their efficacy, improving their results and empowering their initiatives. America’s Warrior Partnership is a force multiplier for warrior community integration that enhances communities where great Americans choose to live and contribute. For more information on the organization and how to get involved, visit www.AmericasWarriorPartnership.org.

Empowering communities to empower veterans is at the heart of America's Warrior Partnership's mission. AWP is a national nonprofit supporting six regional communities. In just eighteen months of effort, its affiliated communities have developed a rel