AIM Exploration Discusses Discovery of Rare Earth Elements (REE) in Anthracite, Boon to Anthracite Mining in the US and Increased Demand for Anthracite 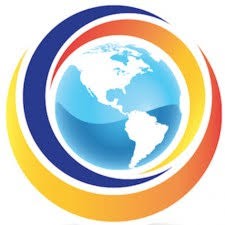 HENDERSON, Nev., December 27, 2017 (Newswire.com) - AIM Exploration ("The Company"), an SEC reporting public company listed as OTC:AEXE, announces the global need for anthracite in the world because of its Rare Earth Elements (REE).

A third-party news report on Nov. 17, 2017, announced the discovery by the U.S. Department of Energy’s (DOE) National Energy Technology Laboratory (NETL) of precious Rare Earth Elements (REE) found in American coal basins and creatable in Anthracite, which is useful in computer, cell phone and wireless products.

In the report, U.S. Energy Secretary Rick Perry said, “Rare Earth Elements are vital to the development and manufacturing of high-tech devices such as computers, cell phones and our national defense systems. The current difficulties and high expenses associated with REE extraction have left the U.S. dependent on foreign REE imports."

The Rare Earth Elements are a group of 17 little-known elements, most of them with unpronounceable names like neodymium or ytterbium. However, these elements are very vital to the manufacturing of electronic components like smartphone displays, sensors and electric motors. They are also vital for defense applications.

The Company is an Anthracite coal mining and exploration company and plans to mine 1,000 hectares of land. Putting this into perspective: 1,000 hectares is three times the size of Central Park. We have expertise in business, mining and legal with our distinguished board of directors. We have amicable relationships with all parties involved in mining in Peru. We are an SEC reporting publicly traded company with the symbol (OTC: AEXE).