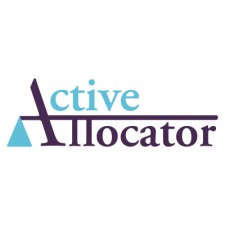 Sameer Jain and Brian Jones, ActiveAllocator’s co-founders, noted, "We are privileged and delighted to welcome Dr. Noun to the ActiveAllocator team. Wealth and asset management in the Middle East is entering an exciting stage in digital evolution, creating significant growth opportunities for a digital asset allocation platform such as ours. Dr. Noun will lead growth strategy, oversee operations, and manage financial performance and related business activities for us in the Middle East.”

Dr. Noun will lead growth strategy, oversee operations, and manage financial performance and related business activities for us in the Middle East

Dr. Noun has had a three-decade career within the financial services industry in executive management roles with top tier institutions. Prior to joining ActiveAllocator, he spent 18 years with Invest AD - Abu Dhabi Investment Company where he served as the firm's Chief Information & Digital Officer. As a member of its management committee, he provided leadership & strategic direction, including to its subsidiaries and to its investment banking & financial brokerage divisions. More recently, he led the firm's enterprise digital transformation. Before that he was with Accenture where he consulted to large banks in Saudi Arabia. He also served as head of Information Technology with Capital Union Bank & Credit Suisse First Boston Bank as well as led the technology group for Invest Bank in the United Arab Emirates. At Invest Bank he architected, designed, developed and implemented a full banking system encompassing core, retail, commercial, trade finance, treasury & asset management functions. His industry awards include the Middle East CIO of the year for 2008 from Forrester. He is fluent in Arabic, English and French and has a Ph.D in Computer Science with a MIS focus.

Dr. Noun commented on his appointment, "I am excited to lead ActiveAllocator’s efforts in the Middle East. This is a particularly interesting time given WealthTech disruption from newer forms of digital advice and fulfillment platforms. We also expect regulation-driven changes in financial advice, the birth of technology-driven personalization as well as increased adoption of alternative investments in affluent investors’ portfolios. Major technology shifts, including cloud-based services, usage of low cost and open source software development tools as well as partnering across the digital ecosystem through APIs positions us well in this fast-changing environment.”