After becoming a globally selling brand within months of its release from its breakthrough results and affordable pricing, the products of ZskinCosmetics.Com hit millions of consumer households last night on Lifetime. 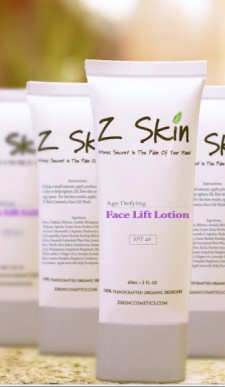 The creator of the products, 27-year-old Ryan Zamo, appeared on Lifetimes new ‘shark tank’ style series pitching his brand. “Within minutes, I had inquiries, orders and emails flooding in. It was wild, I never thought that making these products in my kitchen would turn into something so big!”, said the 27-year-old creator of Z Skin. According to the companies twitter feed, the tweets during and about the show have generated the most retweets and likes by any contestant on the show.

Though the products had already become an internationally selling brand after its launch 2 years ago, the young entrepreneur reported that there’s never been an influx of attention like that of the show. Though the segment didn’t show his whole story, Zamo began creating his products for his own use after struggling with cystic acne with the help of his parents, who both had a long history of herbal remedies.

Zamo appeared on the show for help with his branding and packaging, and leaving with no investment, Zamo revealed his brands make-over last night, saying, “I worked so hard since filming wrapped, and accomplished everything I went on the show to do, without getting the deal. Everyone’s support and feedback is amazing, and reminds me exactly why I did it.”

To watch Zamo’s full appearance on the show, visit: http://www.mylifetime.com/shows/project-runway-fashion-startup/season-1/episode-3