Have you ever heard someone say, “Think before you speak”? When creating a marketing campaign for a new product launch, announcement, rebranding, etc. it is important to take a close look at the messaging used. What team member might find to be a good slogan or strategy, might be taken the wrong way when implemented. Sometimes companies make marketing blunders that receive immediate backlash from society, usually through social media.

Anything posted online lives forever: try your best not to make any mistakes. But, when one is made, best believe online trolls will hold onto it forever. From startups to large corporations, marketing teams have made mistakes time and time again, only to pass when the next newsworthy thing sweeps social media timelines.

What’s the best way to learn? To make a mistake and learn what not to do next time…. What if you can’t afford a mistake to be made? Keep reading…

Here are two marketing mistakes you can learn from:

Chick-fil-A has been famously known as a chicken-only fast-food chain. Its savory chicken sandwiches, salads, nuggets, etc. with the crinkle waffle fries are signature stamps in the fast-food industry.

With that, it would be sin for the chain not to celebrate National Chicken Sandwich Day, right? Right! An email was sent to Chick-fil-A customers inviting them to come into their stores on November 3rd to celebrate the national holiday. Everything was going great until someone caught the mistake: November 3rd fell on a Sunday this year, and the famous restaurant chain has always been closed Sundays due to its founder’s beliefs.

Since the marketing email had already been sent out, encouraging customers to come in and celebrate with a chicken sandwhich, Chick-fil-A had one of two options: stay open on that one Sunday, or retract the email. The first option was never an option. Chick-fil-A has and always will stayed true to its values and beliefs. The company sent out a retraction email regarding the mistake:

A customer took the email to Twitter, blasting Chick-fil-A for the mistake and even asked Popeyes, another fast-food place famous for their southern-style chicken, to chime in:

Lesson Learned: If your company decides to participate on a “National Day” relevant to your company or branding, think about all the aspects before creating a campaign. Make sure there are no conflicting events or issues with the day. Chick-fil-A may have made a mistake by not checking the calendar, but they did stay true to their company values. It is important to keep your company’s integrity even when a mistake is made. Social pressure for Chick-fil-A to open on that Sunday did not make them cave. Instead, they stuck by the values of the company and apologized for the mistake.

McDonald’s, arguably the world’s largest and most well-known fast-food chain has been in the spotlight multiple times for marketing mishaps.

As Halloween approached, the company decided to launch a campaign in Portugal promoting their “Sundae Bloody Sundae”, not realizing the implications the phrase has had in history. the phrase is associated with the 1972 shooting when British soldier shot 14 unarmed Northern Ireland civilians during a protest against the internment of suspected members of the Irish Republican Army. In retrospect, the play on words for the sundae would have been great if it weren’t for the cruel association.

Social media fans of the fast-food chain quickly took to Twitter to speak about the ads running in Portugal:

After an online uproar, McDonald’s immediately pulled all marketing of the campaign and posted an apology for the insensitive advertisement:

Lesson Learned: Coming up with a catchy marketing term can be difficult. When you find one that sticks and is approved by the whole team, it’s a green light to the finish line. But, before submitting it for review, look up the phrase online. The marketing member should have taken a step back and made sure the slogan had no connection with a horrific historic event. McDonald’s did do right by pulling the ads out of stores and issuing an apology statement. It is important to act quick, as they did, and acknowledge a mistake was made.

The moral of the story is simple: common sense and due diligence goes a long way in marketing.

When something is sent out online or is published, there’s no getting rid of it. People are quick to take action on social media, especially when it comes to notable mistakes. The last thing any company needs is negative online press, because when that begins to circulate, it is difficult to sweep under the rug. But, there are lessons to be learned from these marketing mishaps…Acknowledging when a mistake is made and sticking to your company’s core beliefs are important to note. When Chick-fil-A accidentally sent out that email about National Chicken Sandwich Day, not knowing it was on a Sunday, they may have felt pressure to be open. Instead, they were true to their foundation and remained closed on that Sunday, but issues a retraction email apologizing for the mistake. McDonald’s was also quick to take down their offensive advertisements and issue a statement. It is important to learn from these to companies’ mistakes: do the research before continuing with any marketing campaign. What Is an Embargoed Press Release?

Most of the press releases you will see say, “For immediate release.” This means the business has got, for example, … How Do Press Releases Work?

Most marketers have heard of press releases, but many shy away from them for several reasons. The first is that … 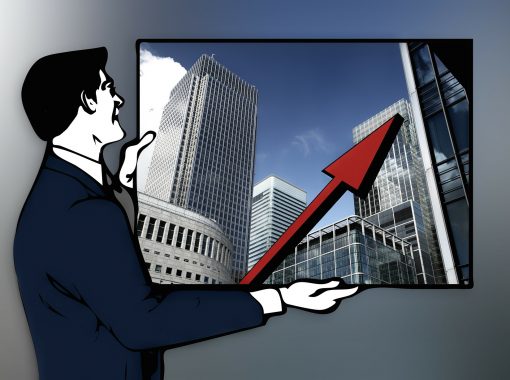 How to Write a Press Release Headline That Gets Results

The headline is the most important part of the press release. It is designed to get people to click on …