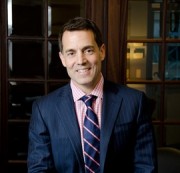 Hauppauge, New York, September 3, 2015 (Newswire.com) - ​​​​The Suffolk County law firm of Palermo Tuohy Bruno, P.L.L.C. is pleased to announce that partner Steven J. Palermo has been named to the 2015 list of the Nation’s Top Attorneys by the National Association of Distinguished Counsel (NADC).

Steven Palermo stated, “It is an honor to have been awarded membership in the NADC and join the ranks of the finest leaders of the legal profession from across the nation.” He added, ” I attribute my overall success in the field of personal injury to the fact that I truly love representing injury victims in a way that not only has a meaningful impact on their lives, but also brings a sense of positivity to my profession.”

NADC is an organization dedicated to promoting the highest standards of legal excellence. Its mission is to recognition of attorneys who elevate the standards of the Bar and provide a benchmark for other lawyers to emulate.

The membership selection process begins with identifying prospective candidates. NADC researchers then employ a lengthy vetting process before a blue ribbon panel of attorneys studies the results and determines who possesses the background, accomplishments and prowess to serve as an example to other attorneys. Finally, a judicial review board, led by a group of former judges, weighs in on the final candidates. The high level of selectivity in the appointment process results in awarding NADC membership only to the top one percent of attorneys in the United States.

Prominent newspapers such as the New York Law Journal, New York Post, Long Island Newsday and the Daily News have reported a number of the Steven’s high profile cases including,