'Welcome Runeseeker. Are You Ready for an Adventure?' 'Gwent' Like Runewards CCG Looking for iOS Beta Testers

This high production values collectible strategy card game will be free to play, and has a full ranking and league system ready to go global 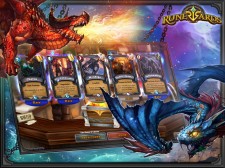 BIRMINGHAM, England, October 10, 2017 (Newswire.com) - Fredbear Games' Runewards, a mobile CCG strategy card game which has been compared to the Gwent card game, has opened in Beta, filling a void in the mobile market.

The captivating, card playing fantasy-themed world inside Runewards is the location for some engrossing gameplay based around cards, spells and heroes, and now after the launch, testers are being invited to see if they can be the one to unlock - The Runewards.

Runewards has been designed with the tastes of the discerning fantasy mobile game player in mind, but it can also be equally engaging for those who have never set foot inside a fantasy world on their mobile device. We invite Beta testers to come and sample the Runewards magic for themselves, and we are sure it won't be long before they are totally immersed.

Players who are big fans of titles such as Hearthstone and Gwent are likely to be immediately taken in by the fantasy world on this iOS mobile game, which requires incisive strategy, as well as the ability to bluff and outsmart opponents. Not only does Runewards exhibit great production values, but it is also optimised especially for mobile play, making it a potentially massive hit with smartphone and tablet players.

Runewards offers the wide choice which mobile players can expect in the new generations of online fantasy games - they pick between solo, playing AI mode, or competing against other online players in ranked or unranked matches. Seasonal leagues will be set up, and the more players rise up the Runewards ranks, the more they will reap the rewards - in the form of gifts such as chests, cards, gold and runes. It all comes down to the crucial final spot players manage to achieve come the end of the season.

Beginning with a set of 10 cards, players have all manner of spells and units at their disposal, as well as a hero. The winner of each round is decided by the highest Power Value. Deck collections are increased as the game is played, and daily Quests provide an opportunity to collect Gold, the key currency with which chests are purchased. 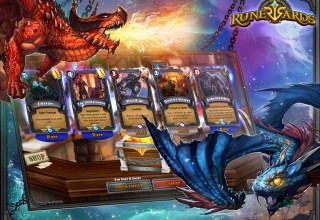 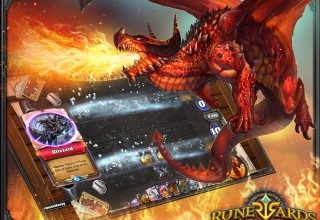 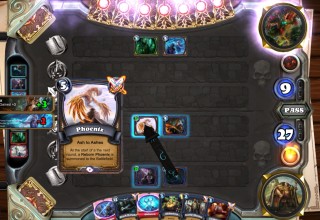 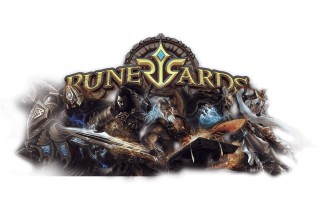