'Seascapes: Trito's Match 3 Adventure' is Heading for Worldwide Launch on Both the App Store and Google Play Store on March 6, 2018

BIRMINGHAM, England, February 27, 2018 (Newswire.com) - FredBear Games and PlayPlayFun LLP announced today that their highly rated game "Seascapes: Trito’s Match 3 Adventure" will be launched worldwide on March 6, 2018, in conjunction with Mother’s Day in the United Kingdom on the Sunday of that week.

Players from Canada, Ireland, Indonesia, Singapore, Ukraine and United Kingdom are able to play early as the game has been in a successful soft launch.

One of the many great things about Trito's Adventure is that it is a game that can be enjoyed together with your family and friends.

Trito’s Adventure takes on the story of Trito, the son of Poseidon, on his adventure to restore and rebuild the underwater city that was torn apart by the evil sea witch. Along the way, Trito will also need to help the cute and memorable sea creatures to settle in their new home. The game is an extraordinary combination of fascinating storyline and challenging match-3 puzzles with plenty of majestic underwater cities to explore on different planets.

The game, with cute characters and beautiful visuals, has been well-received by players on both the App Store and Google Play Store and is highly rated.

“One of the many great things about Trito’s Adventure is that it is a game that can be enjoyed together with your family and friends,” said Clive Bennett from FredBear Games. In the meantime, Budhi Tantra from PlayPlayFun assures that the game is easy to pick up for anyone with the slow but progressive difficulty level.

Trito’s Adventures debuts with 300 levels over three story chapters split over multiple episodes. While there are no confirmed dates yet, updates with at least 150 more levels will be added into the game in the near future.

Homescapes: Clean up and renovate the houses of various underwater creatures

Seascapes: Bring live and reign into the ocean depth once again as it used to be before the arrival of the sea witch! 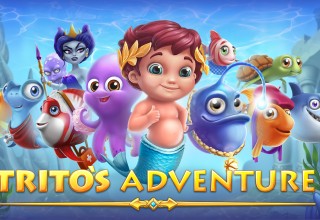 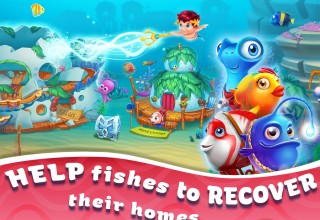 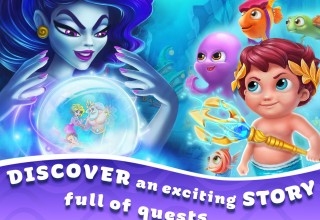 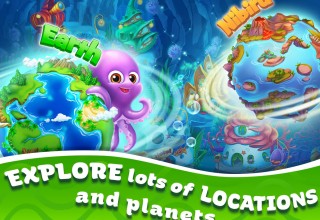 'Welcome Runeseeker. Are You Ready for an Adventure?' 'Gwent' Like Runewards CCG Looking for iOS Beta Testers
This high production values collectible strategy card game will be free to play, and has a full ranking and league system ready to go global
FredBear Games Ltd - Oct 10, 2017