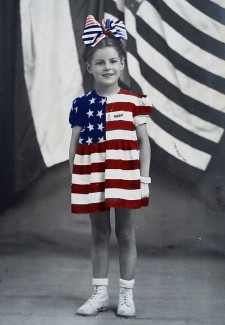 NEW YORK, May 21, 2018 (Newswire.com) - Microstocksolutions LLC and AIDA Content Management Inc. today announced a partnership with Normandy Project LLC to utilize the VRmeta solution for critical metadata requirements in support of May/June principal production in France of “The Girl Who Wore Freedom” - a story of German occupation, Allied liberation and the annual D-Day celebrations of Normandy told from the perspective of the French.

“The Girl Who Wore Freedom,” a co-production by Taylor Productions LTD  and Reverse Negative Studios Inc. under Normandy Project LLC, explores personal stories around June of 1944 when American forces secured the freedom of Normandy, France, from German occupation.

Great content without accurate metadata is, after all, a missed opportunity.
VRmeta

Normandy never forgot, and today, the people of the region retain a deep-seeded love for the soldiers who liberated them. These close lifelong ties between rescuers and rescued are explored and honored in "The Girl Who Wore Freedom," a celebration of the citizens of Normandy and their lasting friendship with those who helped to set them free.

Many Americans are unaware of the unconventional love story between the people of Normandy, France, and the American GIs who freed them from Nazi rule. "The Girl Who Wore Freedom" features Dany Patrix, just three years old when German tanks rolled into France. Through her eyes, we experience the hardships and trauma of the four-year occupation, as well as the overwhelming joy felt when American GIs freed her city.

Seventy years later, the people of Normandy still hold an annual celebration to remember and honor the sacrifices that American soldiers made to free them. This documentary keeps Dany’s story, as well as stories of her fellow French citizens, alive. Theirs are stories that underscore both the damage caused by tyranny and the unforgettable healing power of love.

The VRmeta solution is the world's first and most precise means of adding accurate, time- and location-based in-frame metadata to digital video and immersive content. This factor makes it ideal for support of the production enabling precise meta tagging at the point of creation to optimize production and post-production workflows. In addition, it optimizes search, discovery and marketability of the documentary throughout distribution.

The VRmeta solution is available on mobile devices with iOS and Android applications as an Enterprise SaaS solution and an Enterprise Workflow. VRmeta with its AI capability meets the demands of multiple metadata use cases whether real-time video production and broadcast, content distribution, stock footage sales or extracting value out of archives/libraries large or small or repurposing content.

“Many American WWII documentaries relay the experiences about the soldiers, the battle plans and the losses. However, very few, if any, relay the experiences of WWII from the French civilian perspective. We know very little about them, who they are or what they endured. This documentary aims to change that,” says director Christian Taylor. “To bring honor and respect to this story, the best production equipment and solutions will be used. Thus, we welcome the use of the VRmeta solution in production, post-production and distribution.”

“We cannot be more honored to be a part of the making of this important first chapter of this planned documentary series to bring an important perspective to the most significant event in the 20th century,” says Mark Milstein, creator of the VRmeta solution.

Normandy Project LLC is currently accepting donation towards the production of “The Girl Who Wore Freedom” on the website for the series https://www.normandystories.com/.